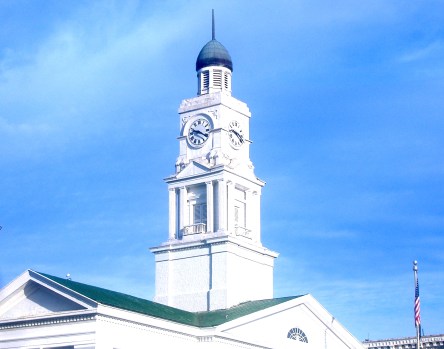 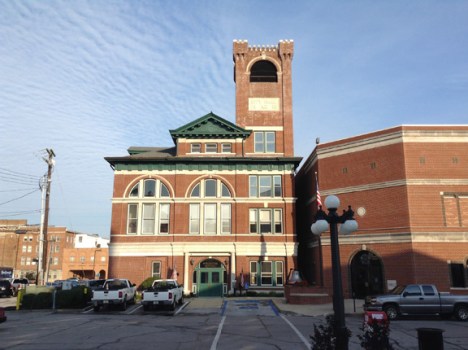 County magistrates and city commissioners learned about the growth of downtown Winchester, the county extension service and the Generations Center’s programs during their annual joint meeting Tuesday.

The two bodies meet together once a year, usually in August, to discuss items of mutual interest.

Main Street Winchester Executive Director Rachel Alexander said downtown continues to grow and improve as new businesses move in and people buy vacant buildings. Those changes send ripple effects through downtown and the community as a whole, she said.

“When storefronts are improved, 90 percent of surrounding buildings report” improved business as well, she said.

“Leeds (Theater) and the farmers’ market have thrived in the last couple years,” she said.

Likewise, industries throughout the city and county are growing as well, Industrial Development director Todd Denham said. Since 2005, there has been more than $373 million invested by new and existing businesses, which added more than 3,000 jobs and 19 new industries, he said.

The city and county have invested a total of $2.3 million in the industrial authority, he said.

“None of that would have happened without the two (governmental) bodies working together,” Denham said.

The extension service, which regularly hosts the joint meetings, covers many facets of life in Clark County.

“It’s hard to tell what we do because we do so much,” extension agent David Davis said.

Besides helping farmers and agriculture as a whole, the service also offers a host of programs for youth. Those programs, Davis said, have moved beyond the traditional agriculture programs to include technology including robotics.

The James B. Allen Generations Center, which is partially funded by the city and county, provides a number of services to senior citizens including meal delivery to homes and programs for seniors to socialize.

“It’s been proven (if seniors have) socialization and nutrition, they’ll live longer,” said Jody Brandenburg of Kentucky River Foothills. “They think they’re a social club, but they’re there for a purpose.”

This year alone, about 15,000 meals will be served at the center and about 20,000 will be delivered to people at home, she said. They recently eliminated the waiting list for meal delivery, she said, but more than a dozen were just added.

In the one bit of business conducted Tuesday, the joint revenue sharing committee presented a check for $82,254.54 to Clark County Judge-Executive Henry Branham for the last quarter.