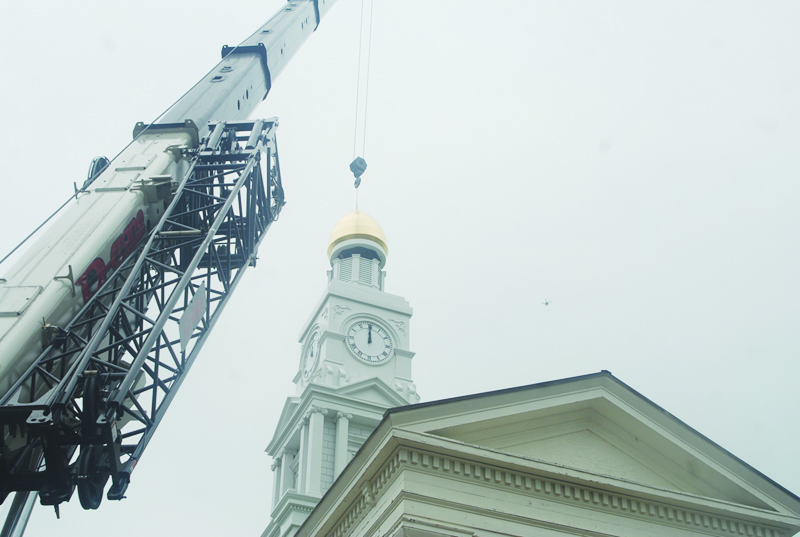 Workers installed the cupola on the Clark County Courthouse tower Wednesday afternoon, a day earlier than originally planned. Workers said they wanted to finish before rain arrived later this week. The cupola is covered in gold leaf, which was paid by an anonymous, private donation. The section with four clock faces was installed earlier Wednesday. (Photo by Fred Petke)