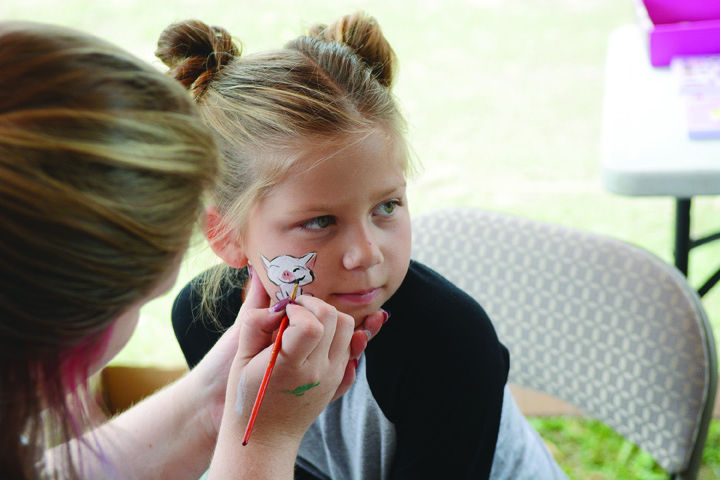 For the 40th year, the Daniel Boone Pioneer Festival will bring hundreds of people to Winchester this Labor Day weekend.

The two-day festival has been in College Park for many of those years, filling the park with arts and crafts vendors, food options from food trucks and local non-profit groups and live entertainment with the local talent contest.

The festivities begin Friday night with the street dance in downtown Winchester, featuring folk-rock band Rifletown and Lexington-based The Mercy Men. The current lineup is a revived version of the band, which originally performed from 1964-73. The band reorganized in 2011 and has been performing ever since.

Saturday, as usual, is the big day for the festival, starting with the David Borden memorial 5K and the Walk with Friends, sponsored by the George Rogers Clark High School cheerleaders..

College Park opens at 9:30 a.m. Saturday and 10 a.m. Sunday with dozens upon dozens of vendors selling all kinds of crafts from photography to face painting and woodcrafts.

The local talent contest kicks off at the amphitheater at 12:30 p.m. Registration begins at 10 a.m. for $5 per person. Cash prizes will be awarded for top performers.

The park opens again at 10 a.m. Sunday for the final day of vendors, preceded by the annual church service at 8 a.m.

Once the park closes at 5 p.m., there will be a 90-minute break before the Kitty Strode Concert Series kicks off at Lykins Park. This year’s roster of entertainment includes The Allman Butter Band, a Lexington-based Allman Brothers Band tribute, Frontier from London, Kentucky, and local favorites The Classics, who recently performed in downtown Winchester for the Rock the Block concert series with a series of cover songs.

According to Frontier’s website, they play a number of original songs as well as covers ranging from John Denver to Poison and Randy Travis to Johnny Cash.