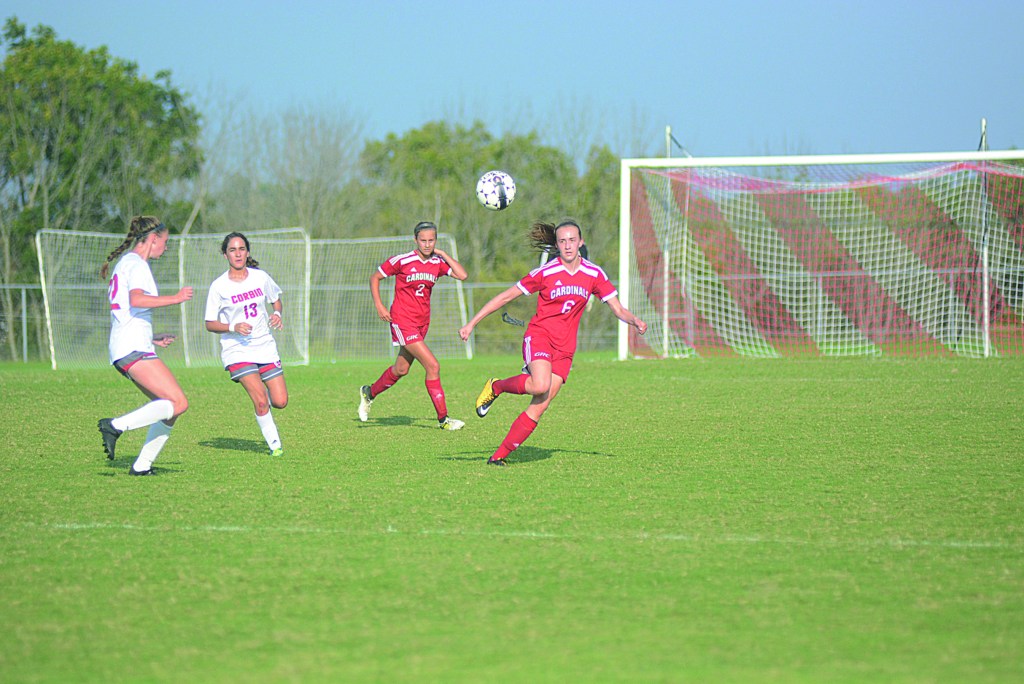 Sophomore Julia Pohl is determined to make the rest of her high school soccer career the most memorable times of her life. (Photo by Micah Satterly)

Sophomore attacking midfielder Julia Pohl started her varsity soccer career with the opportunity to play for a state title last year as a freshman.

GRC got knocked off by West Jessamine, who has won back-to-back state titles, last season in the first round of the state tournament.

Pohl has had a passion for soccer since she was eight and does not expect her love for the game to ever change.

“I have always really loved the game,” she said. “I like playing with other people and challenges. I am really competitive, I like working out and having fun.”

Pohl said the state tournament has really set the bar for the rest of her career at GRC and now has the mentality to go back to state each year she can.

“It has given me a really good taste of bigger teams and what it is like to go,” she said. “It was amazing to play in the top 16 of the state. It was a really cool feeling and a good experience.”

Pohl hopes to control the ball better and become more aggressive as she gets older and stronger.

“I could probably get some better touches,” she said. “Mostly I just want to have better foot skills to help me become a better player.”

Pohl said she has a district title in sight this season and hopes to make a deep run in the region and state again.

“We want to win district and region,” she said. “Going to state again would be amazing. We are a really young team. We have a lot of sophomores so it would be awesome if we could find that click and work together.”