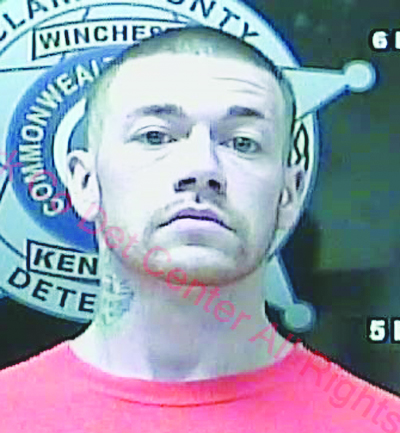 A judge reduced the assault charge against shooting suspect Clarence Reynolds after the victim told police she was struck by part of the bullet.

Reynolds, 25, of Stanton, was arrested Aug. 23 on first-degree assault and tampering with physical evidence charges. The charges stem from an Aug. 10 incident which left 22-year-old Megan Griffin with a wound to her leg.

Following a hearing in Clark District Court Wednesday, Judge Earl-Ray Neal found probable cause for second-degree assault as well as tampering and sent the case to the Clark County grand jury. He also lowered Reynolds’ bond from $25,000 to $15,000 cash to reflect the amended charges.

Initially, police only had a photo of Griffin’s wound as she fled Winchester following the incident and did not seek professional medical care.

Griffin, though, was arrested Saturday on a warrant from another county and was interviewed by police.

Winchester Police detective Dennis Briscoe said in court Wednesday the wound appeared to be less serious than originally thought and was not consistent with a bullet wound.

“It looked like a very small wound, maybe a nick,” Briscoe testified Wednesday during Reynolds’ preliminary hearing. “At the time, the gunshot was believed to be a serious physical injury.”

Briscoe said officers were initially called to a residence on Oxford Drive concerning the shooting, and were told it occurred at M&W Auto Repair, 1 N. Highland St.

While searching the scene, detectives recovered a drop of blood as well as the handgun, which was hidden underneath a tire, Briscoe said.

Griffin told police she was sitting on the ground when Reynolds called her an expletive, pulled the gun and fired at her. Briscoe said he did not know of the bullet struck the garage floor or not.

Witnesses said the two had been arguing before the shot was fired, Briscoe said.