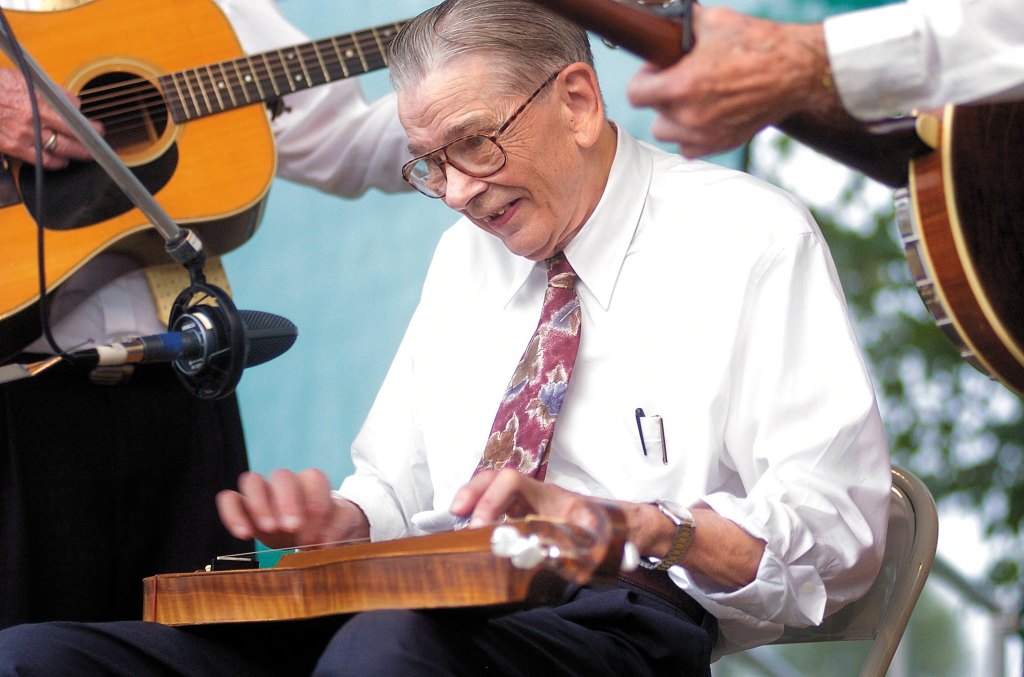 In this Sun file photo, the late Homer Ledford, for whom the upcoming music festival is named, plays on stage at Lykins Park.

“We’ve got bluegrass bands, dulcimer music… Most of the dulcimer players are grand champions,” McCall said.

During the day, there will be a series of classes at the school for dulcimer players beginning at 9 a.m., she said.

The public, though, is welcome to attend the concert which begins at 6 p.m. Saturday in the school auditorium.

Tickets are $5 for adults and those 13 and younger are free. The proceeds will go to music programs and Campbell junior High School, McCall said.

The festival is named in honor of famed Clark County luthier Homer Ledford, who gave up a teaching career to make musical instruments full-time.

At the time of his death in 2006, he was estimated to have made about 7,000 dulcimers in addition to other stringed instruments including banjos and guitars.

For more information, go to homerledforddulcimerfestival.com.