Where in the World: A tale of two mills 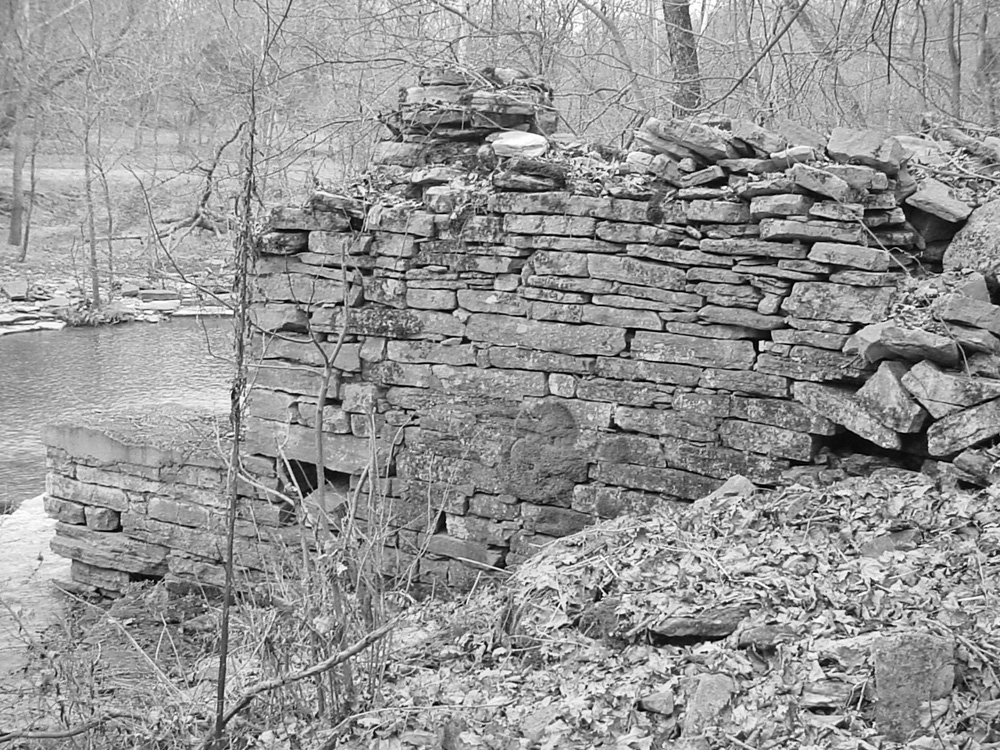 The creek valley is noted for its many early mills, distilleries and quarries. The Jonathan Bush Mill in the Lower Howard’s Creek Nature and Heritage Preserve is listed on the National Register of Historic Places and has been written about extensively.

Many other stories are waiting to be told. Among those less well known are the Bryan-Taylor Mills, which are located on private property. One of these mills was at the mouth of West Fork and another was just upstream on the main stem of the creek.

Before coming to Kentucky, James Bryan resided in the Yadkin River area in North Carolina. James served in the French and Indian War, was a member of the North Carolina House of Burgesses and a justice of the peace in Rowan County.

He was an uncle of Daniel Boone’s wife, Rebecca Bryan. James settled in Kentucky in 1776 and helped his brothers — William, Joseph and Morgan — establish Bryan’s Station in 1779. James’ son Jonathan was the miller in the family.

James Bryan purchased 247 acres of land on Lower Howard’s Creek and West Fork. His tract was sandwiched between the claims of John Holder to the west and William Bush to the east.

In 1793, Jonathan petitioned Clark County Court for permission to build a water-powered gristmill on Lower Howard’s Creek. The court, finding that no flooding would result from Jonathan’s dam, granted him leave to erect a mill and dam.

Remnants of the stone dam abutments are still visible on both sides of the creek. Below the dam, one can trace the footprint of a 625-foot millrace paralleling the creek and terminating at the remains of a mill structure. The mill ruins stand to the north of the William Taylor House.

After selling the mill in 1797, James and Jonathan moved to Missouri where they lived near Daniel Boone and his family, continuing the close relationship between the Bryans and Boones. According to a history of St. Charles County:

“In 1800 (Jonathan) moved his family to Missouri in a keel boat, and landed at the mouth of Femme Osage creek on Christmas-day of that year. He settled … on Femme Osage creek, near Nathan Boone’s place, where he lived during the remainder of his life. In 1801 he built the first water mill west of the Mississippi river.”

John and William Taylor purchased a tract of land from Bryan that included the gristmill. (John disappears from the records and is not found again.)

According to his biography, William Taylor was “a native of Ireland, but was brought up and trained to business in England. Mr. Taylor was a fuller or cloth dresser.” He came to Clark County in 1797 and married Elizabeth Owen, daughter of the Methodist minister Lawrence Owen.

Soon after acquiring the gristmill tract from Bryan, William put in a fulling mill to carry out one of the steps involved in manufacturing woolen cloth. “Fulling” is a verb meaning “to tread or beat newly woven woolen cloth in order that it might by cleansed of its animal grease and soil, shrunken to a firmer weave, smoothed of its knots, and stretched to dry.” William built a stone house on the hill overlooking the mill. In addition to his main occupation, he continued to run the gristmill, operated a small distillery and farmed.

The Taylors had given Bryan notes to pay for the property. When the notes were due and he could not pay, William mortgaged the mills. Then in 1802, he put the whole property up for sale. His newspaper advertisement provides valuable details:

“The subscriber has for sale 196 acres of land, lying on Lower Howard’s creek, in Clarke county, the former property of James Bryant. There is on it an elegant two story Dwelling House, a good country Gristmill, a good new Fulling Mill, in good repair, well established, and a good Still House. The buildings all well built of Stone, with other improvements. A meadow, orchard, and other land in cultivation, with never failing Springs of the best of water. The whole will be sold together, or apart, with a Mill Seat, the best that is known in this county for a Merchant Mill, and the convenience and quality of Stone for building is scarce to be found. It is within two miles of Boonsborough, six of Winchester, fifteen of Lexington. Terms will be made known by the subscriber living on the premises. William Taylor”

Several mill terms in the ad may need clarification. A mill seat was a site particularly suited for locating a mill. A country gristmill was a small structure that produced cornmeal. The corn was often ground using locally-made millstones. The typical merchant mill, by contrast, was a more complex, much larger structure that produced flour for shipping to New Orleans via the Kentucky, Ohio and Mississippi Rivers. The wheat was usually ground using imported “French buhr” millstones. Country gristmills provided cornmeal for farmers’ personal use, while merchant mills provided a market for farmers’ wheat.

William’s gristmill burned in 1803. He accused Orson Martin of arson, adding that “burning his mill was not the worse [Martin] had done.” Martin sued William for libel, and the case was eventually settled out of court. Orson Martin operated a gristmill of his own, just upstream in Factory Bottom. At that time, his once promising career was in a downward spiral due to alcoholism.

When the fulling mill did not sell, William somehow managed to pay off the mortgage and obtain clear title to the property. He then proceeded to construct the merchant mill for himself. The county court gave him permission to erect his flour mill and dam in 1809.

William soon had to deal with marital problems. In 1810, he sued for divorce from his wife Elizabeth, and she countersued him. The divorce was granted and in 1813, he married Hannah Hinde Kavanaugh, the daughter of Dr. Thomas Hinde and widow of Rev. Williams Kavanaugh.

William Taylor died unexpectedly in February 1814, leaving two children—William Jr. and Edmund—and no will. Hannah continued to live at the “mansion house,” while the mills were rented out. Records do not indicate who rented the merchant mill, but Henry Parrish carried on Taylor’s fulling business. Parrish placed the following notice in the Winchester Advertiser in 1814:

“The subscriber returns his thanks to his friends and the public for a generous share of their custom since the death of Mr. Taylor, and wishes to inform them that he will carry on the Weaving and Fulling business in all its branches this winter, and will receive and deliver clothes the first day of every Court in Winchester at Mr. William Poston’s store. Any person who may favor him with their custom, he will do the best he can for them, and return their cloth in the best manner he can. Henry Parrish, Clark County, Lower Howard’s Creek.”