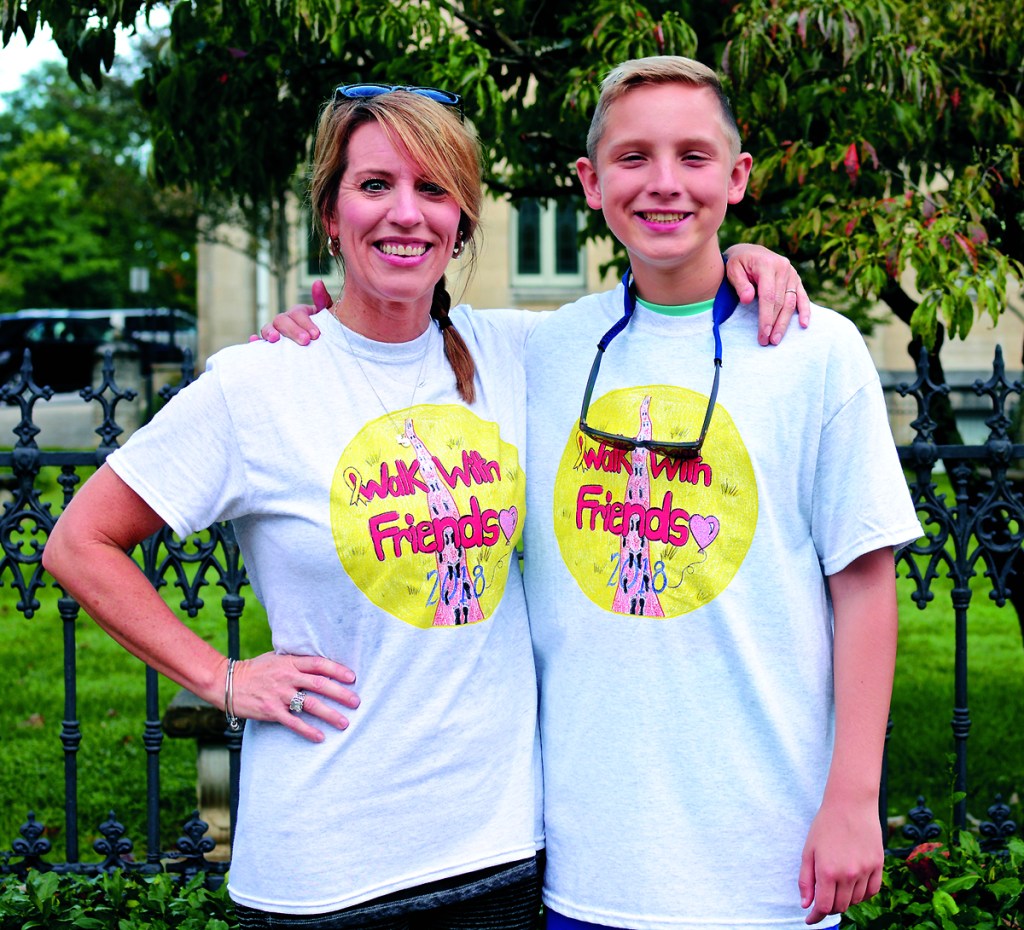 Hunter Cooper has come a long way since last year.

Hunter will continue treatments for another couple years, and through it all, his faith in God has kept him resilient as well as the continuous support from the community.

Preslee Palmer, a GRC cheerleader, raised more than $200 for Hunter and said the team chose Hunter because many of them knew him and wanted to do something to help.

The team and others walked nearly a mile and a half with Hunter.

GRC cheerleader Karlee Aldridge said after seeing what all Hunter had to go through, she wanted to help.

“He goes through so much, and I just want to help him,” she said.

After his diagnosis, Hunter immediately began chemotherapy at the University of Kentucky Children’s Hospital in Lexington.

The hospital soon became his home away from home as he went through weekly treatments as well as administering treatments at home.

Now, Hunter can return to Robert D. Campbell Junior High School after having to take time off for treatment.

“Every single thing, we appreciate it in a different way,” Amy said. “ You don’t think you take anything for granted, and you try to live every day with gratefulness, but you don’t know until something really bad happens and how much you take for granted,”

Hunter said now he appreciates the simple things such as taking a walk.

Amy said it’s also great to be able to be out in the community again; during the first year of Hunter’s diagnosis, the family had to isolate themselves as to ensure Hunter’s immune system wouldn’t be comprised.

“We couldn’t have done this without the support,” Amy said. “It takes a village.”

As he continues regaining his strength, Hunter already has a few goals he’s ready to tackle.

Hunter and Amy are enrolling in sewing classes to learn how to make cloth face masks.

In his first year of treatment, Hunter often had to wear face masks when traveling in public. As a teenager, it was hard to find a design he liked, so now, he’s working to make sure other teenagers who may have to wear face masks can find options they like.

Hunter said he plans to call his business “Cooper’s Cover-ups.”

“We’re taking little steps and working towards that,” Amy said.