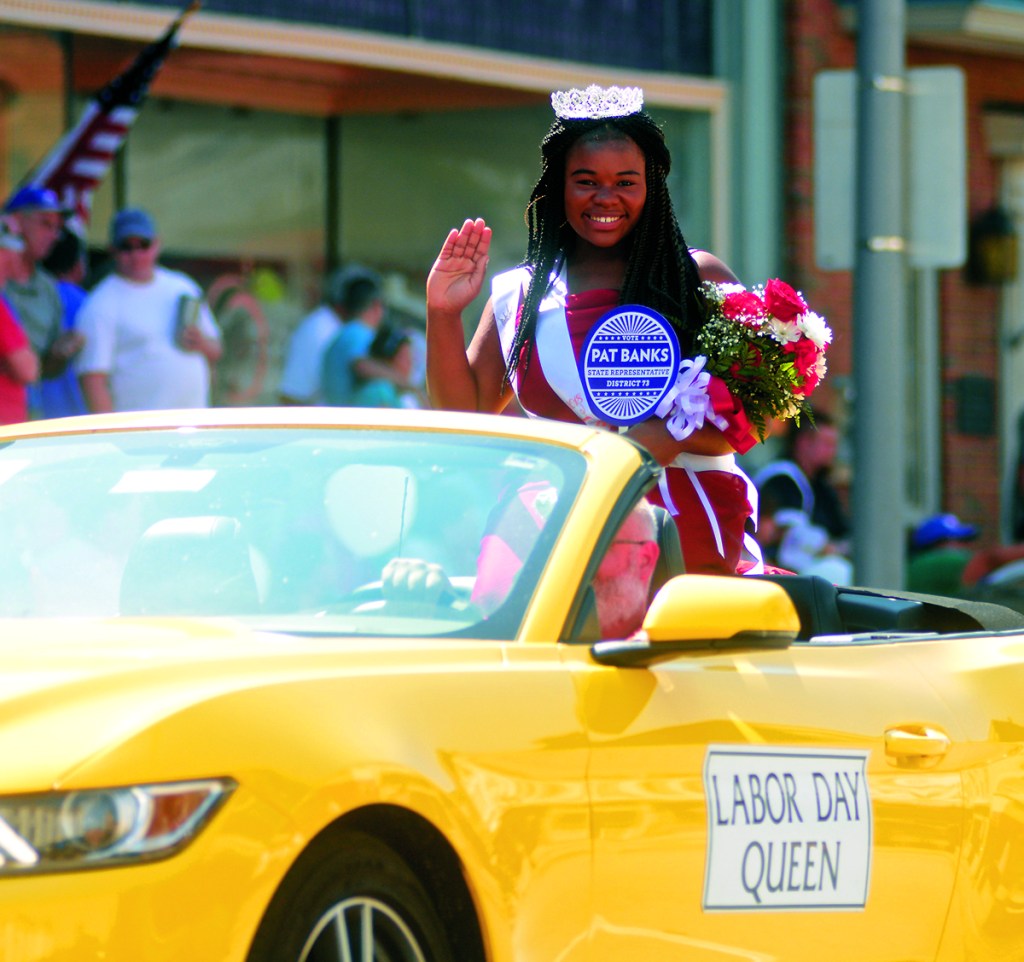 Buster is a junior at George Rogers Clark High School. Her guardian is her aunt, Joyce Hooten. Her hobbies include cheerleading, reading and babysitting. She plans to pursue a career as a nurse or a cosmetologist.

Latavienne Nailing was the runner-up.

Queen contestants are scored on a variety of criteria. Contestants must be a junior or senior in high school and have a 3.0 GPA or higher. Each contestant submitted a 500-word essay based on a randomly-selected question. They also interviewed in front of a panel of judges.

After being named queen, Buster rode in the parade.

The 2018 parade grand marshal was Clark County Circuit Clerk Martha Miller. Miller is a Clark County native and the daughter of the late Raymond and Jimmie Miller of Winchester.

Miller is a 1975 graduate of GRC and attended two years at the University of Louisville.

She began her career at the Clark County Circuit Clerk’s office in November 1977.

In February, Miller was sworn in as the first African-American circuit court clerk in Kentucky.