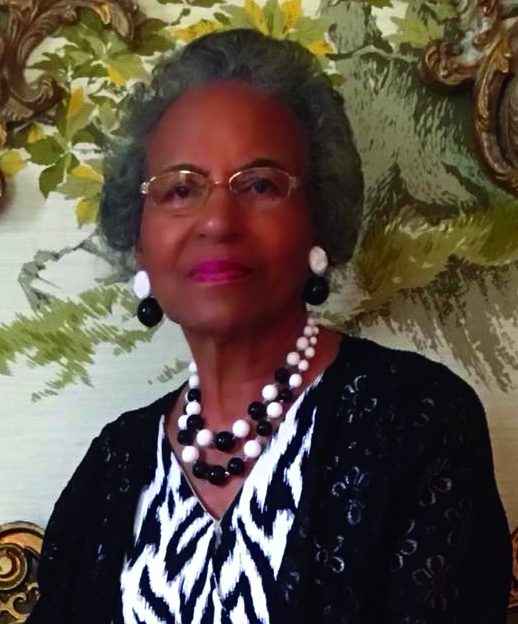 The Winchester Black History and Heritage Committee will host a program saluting the “last living Negro teacher” who taught at Oliver Street School this weekend.

The committee in conjunction with the Oliver Street School alumni and friends group are putting together a celebration, “Reflections of a Teacher’s Heart” to honor those who served at 2 p.m. Saturday at the Broadway Baptist Church.

“We want to let the community come together to show their gratitude and respect,” she said.

Morton said she attended Oliver School when it was segregated, and she saw how the teachers managed and flourished despite their “throw away” books, desks and supplies.

“With little, they produced so much,” Morton said.

The Oliver School closed in 1969. The Oliver alumni group previously acknowledged more than 45 former teachers at a reunion. Morton said they wanted to recognize the oldest teachers who taught at Oliver when it was segregated.

Morton said with the erasure of the physical historical sites and the influx of new buildings, it is important to remember where they came from, and the community that raised them.

“Those sites invoke memories of things that were ours,” she said. “…If we are ever going to say ‘thank you’ to our ancestors and the people that made a difference, it’s now. It’s time to say ‘thank you,’ so that’s what we’re doing.”

Esther Noland, 85, is a Clark County native and a graduate of the former Oliver High School in Winchester. Noland received her bachelor’s from Central State University in Zenia, Ohio, and her master’s from the University of Kentucky and her rank I from Georgetown University.

Noland worked as a faculty associate at the University of Kentucky and served as an education for 35 years.

Noland was selected by the Department of Education to write a curriculum guide in mathematics for elementary students. The Fayette County Parent-Teachers Association also chose her as the “Elementary School Teacher” of the Year.

Noland served as the president of the Bluegrass Retired Teacher Association and currently serves on the social committee. She has been retired for 24 years.

Charles Anderson Black Sr. was the last male African-American educator at Oliver. He died June 1 at the age of 87.

Black was a graduate of Fayetteville State Teachers’ College in North Carolina, where he had a full football scholarship.

Recently, he was inducted into the Fayetteville State Football Hall of Fame. After college, he played semi-pro football. He received his master’s and rank I in education from Eastern Kentucky University.

He taught at the elementary and high school levels in science through college level in philosophy, religion and physics. He also earned doctorates in education and philosophy at the University of Kentucky.

He participated in creating the curriculum for English as a Second Language program when Vietnamese refugees came to America and was a supervisor of Adult Basic Education for many years and a participant in the development and expansion of the curriculum for the GED program.

He began his teaching career in Winchester at the Oliver School. Black was also a part of a school system for a village in Hooper Bay, Alaska, in the 1960s where he taught sixth grade.

Black also served in the Korean War and was a chaplain’s assistant in the U.S. Army.

Black was a pastor and preached at several Kentucky churches. He was a member of Bethel Baptist Church in Lexington at the time of his death.

According to his obituary, Black valued education and worked tirelessly to give children in his classrooms opportunities for success.

His daughter, Cathy Black, will travel from New York City and her mother and siblings will also be joining in the celebration. Cathy now works as a broadcast journalist and began her career in broadcasting as an intern at WKYT-TV and WTVQ-TV in Lexington.

Black’s other daughter, Bonita Black, will also be attending the occasion. Bonita is a practicing attorney in Louisville. She is a UK alumna and Harvard law school graduate.

Morton said it’s great to have Black’s daughters come for the celebration as they are shining examples of dreaming big and accomplishing those dreams.

She said Black and Howard never gave up on their dreams either, and passed on that determination to their children.

Farris also served as the deputy commissioner for the Kentucky Department of Education and in 2008, served as Kentucky’s interim commissioner of education.

Farris has the distinct title of being Kentucky’s first African-American superintendent when she was selected as Shelby County Public Schools’ superintendent in 2004. Farris retired in 2013 after serving as a public educator for 32 years. She is the founder and owner of 4.0 Education Consulting and Advocacy Services and is currently working with six Fayette County Public Schools.

Morton said she hopes to have a packed house at Saturday’s event and looks forward to sharing positivity with the community. She said she also hopes to channel the sentiments that Black and Howard preached while they were teachers.

“This railroad track that divides Winchester does not define you,” she said, echoing their teachings. “Put your trust in the Lord, and you will do better.”