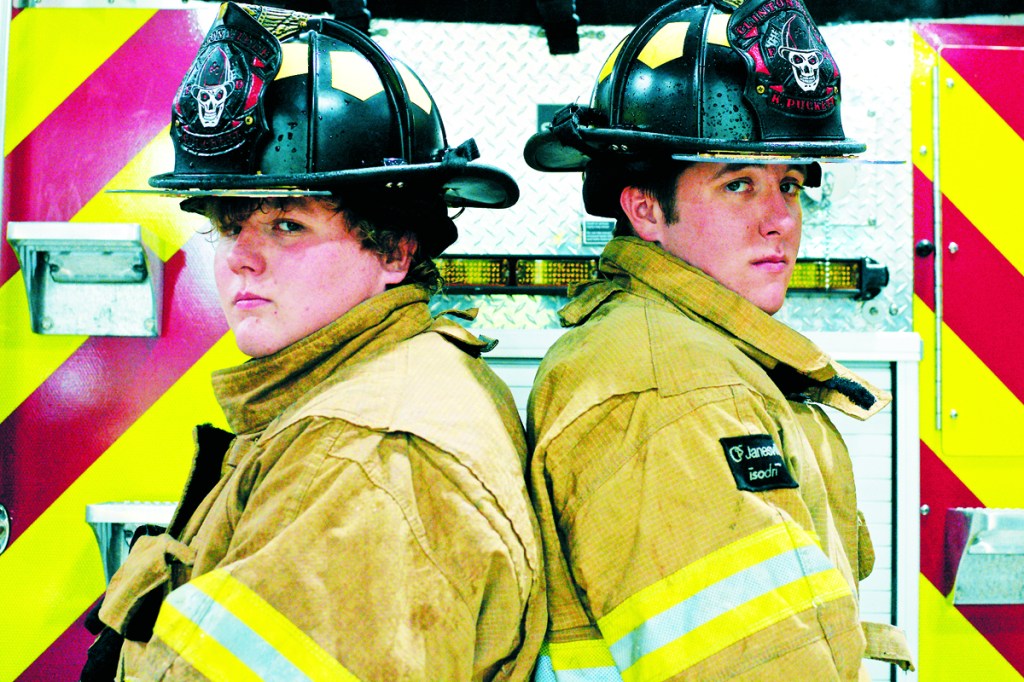 Twins Shawn and Kevin Puckett are seniors at George Rogers Clark High School. Both plan to pursue careers in firefighting, which would make them third-generation firefighters.

Their father, William Puckett, has worked with the Clark County Fire Department for 22 years and has clocked about 28 years of public service in total. Their grandfather was also a firefighter.

After they graduate from George Rogers Clark High School in the spring, the pair plans to keep the tradition going.

The two loved seeing the brotherhood and camaraderie the firefighters shared as they watched their father and his love for his job.

William Puckett joked he wished his sons would pick a career that paid better.

“This job is full of rewards, though,” Puckett said. “It’s a good job.”

Kevin said he knows the pay isn’t going to be great, but it’s what he wants to do anyway.

They’ve also learned how physically demanding it can be. Shawn said he recently became dehydrated during some training exercises.

Although they are twins, the teens say they are about as opposite as they can get besides their common career interests.

“We’re twins; we should be the same, but we’re almost completely opposite,” Kevin said.

One likes red, the other likes blue. One likes ketchup, one doesn’t, and so on and so on, Puckett said.

Kevin and Shawn have been active in the Clark County Fire Department Explorers program — a Boy Scouts of America program open to all adolescents interested — for about four years.

They joined as 14-year-olds, and since then, they have acquired most of the required training hours to be a certified firefighter. They also volunteer with the Clintonville Fire Department.

Shawn said he knew being a firefighter was what he wanted to do after helping with the massive fire at Stuff Recycling in June.

“Being out there was a great experience for me,” Shawn said. “It made me excited to see what could happen in the future.”

Kevin and Shawn plan to enroll in EMT classes next year to continue their training. Shawn said he also plans to finish his certification in welding as a fallback or potential side job.

This year, the plan is to focus on graduating and gearing up for their Explorers competition in Gatlinburg, where they will compete in various firefighter drills. They also hope to gain more experience responding to fires.

Many of the Explorers have gone on to become a firefighter or paramedic.

Kevin said the Explorers program has given them a great foundation of skills to build on, making them more prepared from day one on the job.

Shawn said he is thankful for his family, who played a significant factor in his decision to join Explorers in the first place; he joined shortly after Kevin.

“Family is one of the biggest motivations for me to do this,” Shawn said. “I didn’t think about joining the Explorers, but they persuaded me to do it, and here I am four years later still doing it.”