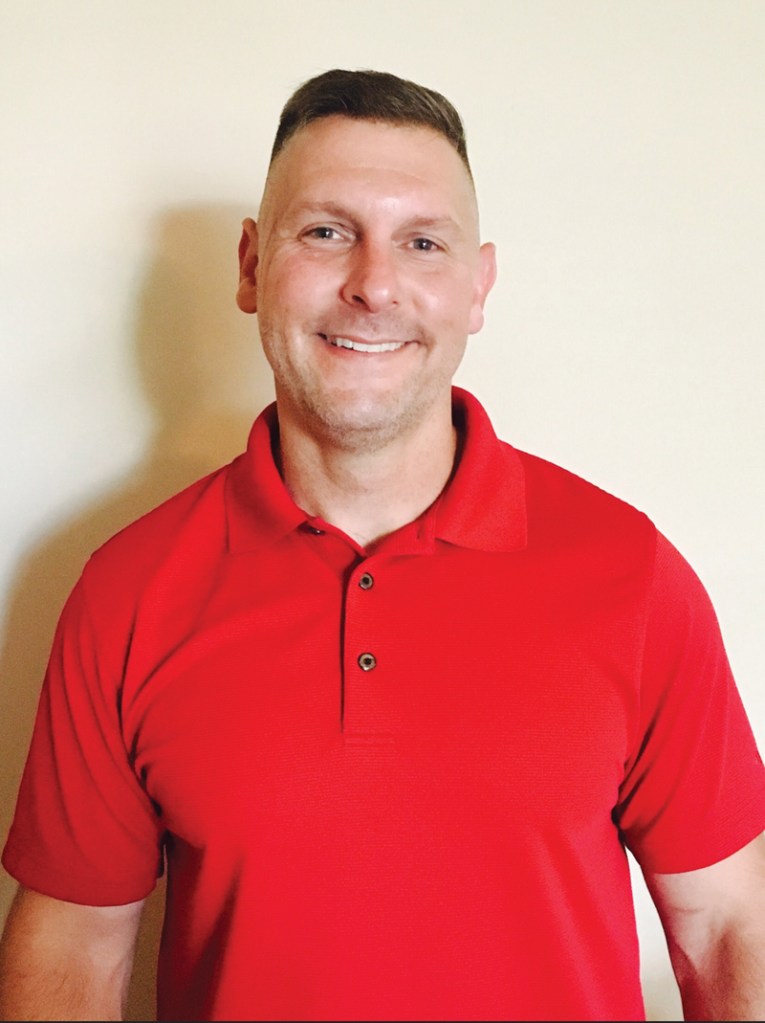 Wes is an alumni of Morehead State University and played baseball in both high school and college. He has been a Little League coach for the past two years here in Winchester. He has coached tee ball, little league baseball, high school baseball, grade school football, girls softball, weight training and wrestling. (Photo submitted)

After many interviews and much consideration, Wes Collins will be taking over as head coach for Robert D. Campbell Jr. High baseball.

Collins is an alumni of Morehead State and a Prestonsburg native.

He has been a Winchester Little League coach for the past two years.

Collins is confident he can become another role model in these kids’ lives to show them the benefits of working hard and smart.

“I always had strong role models,” he said. “I like to give back to the community and I was on the state police for years. My grandfather helped me a lot growing up and he was the best man I have ever met. I am always positive and I hope to rub some positivity off on these players too.”

Collins said he has built his legacy from the ground up and wants to help his team understand the importance of playing together.

“I always worked really hard, but I was never one of those kids that was blessed with a thunderbolt for an arm,” he said. “I had to work hard and I always considered myself as the best teammate and not individual player. Give me nine players and we will beat your only superstar.”

Collins said he has been impressed with the dedication former head coach Rick Wittmann put into the team and hopes to continue to build on the tradition.

“I never thought there was anything wrong with the baseball program to begin with,” he said. “Rick, the coach that just left, is a great guy that is really humble and knows his stuff. The whole baseball culture of GRC is great. All I can say is that I am going to do the best I can. The community and the baseball program is great.”

Collins does not have any particular goals for this upcoming season, but would rather teach his players the correct way of playing instead of focusing on winning games.

“I am real careful about setting goals as far as wins and losses,” he said. “Winning the right way is way more important for me. The unspoken rule is if you do it properly, it makes kids better. It helps them understand the etiquette. I am a traditional guy and they are going to gain morals and values. We will always be the most respectable team out there on the field.”

Collins said he did not truly believe he would get the job and the luck of the draw has been on side frequently throughout his life.

“I have been lucky my whole life, but I have not been good at anything,” he said. “I have been at the right place at the right time during several points in my life. They kept asking if I was interested and i did not want to at first, but i fell into it. Ken Howard called me after I met with Rick and it happened just like that.”