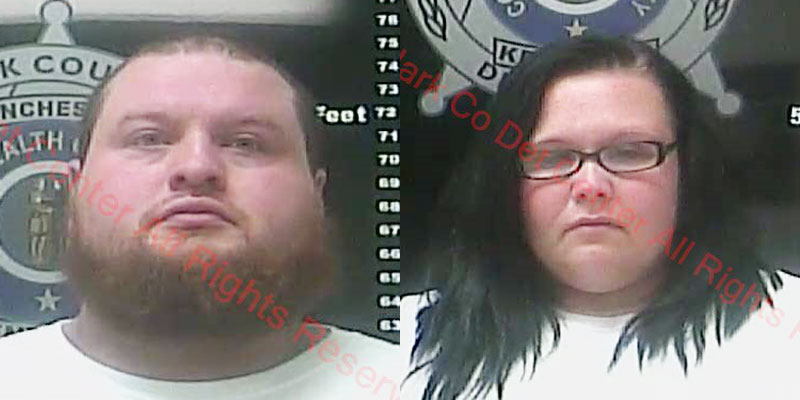 A Winchester couple is free on bond after they were charged over the weekend with second-degree cruelty to animals.

Holly Lankford Brandenburg and Phillip Scott Brandenburg Jr., both of 250 Oxford Drive Apt. 64, have been charged with five counts each of second-degree cruelty to animals.

According to records from Winchester Police, they surrendered early Saturday morning. They were later released from the Clark County Detention Center after posting a $500 surety bond.

Both are scheduled to be arraigned Oct. 8 in Clark District Court, according to court officials.

The warrants were issued late last week after Clark County Animal Shelter Director Adreanna Wills was called to 140 Linden Ave. around 1:30 p.m. Sept. 1 after a neighbor complained about abandoned animals.

In the complaint, Wills said shelter employees found four dogs and a cat “in terrible condition, emaciated with discharge coming from their eyes and nose.”

“One dog was standing,” the complaint states, “but the (others) did not appear to be able to stand. The feline was locked in a small 24-inch crate with no food or water.”

Wills told The Sun previously the animals were severely malnourished and near death.

She said Holly Brandenburg met her at the home and brought one dog out that was barely able to stand. Wills wrote in the criminal complaint Brandenburg told her that was the only dog on the property and alleged it had been sick for approximately two weeks and lost weight rapidly, but she could not afford to take it to the veterinarian.

In the complaint, Wills said she was allowed in the home and said  “the smell of urine and feces was immediately overwhelming once she opened the door. There was garbage everywhere. The floor was covered in feces and urine.”

There were three additional dogs found in a small bathroom and a cat locked in a cage.

Second-degree cruelty to animals is a class A misdemeanor and is punishable by up to 12 months in jail.

Previously, Wills told The Sun the case was “the worst case of outright animal neglect” she had ever seen.