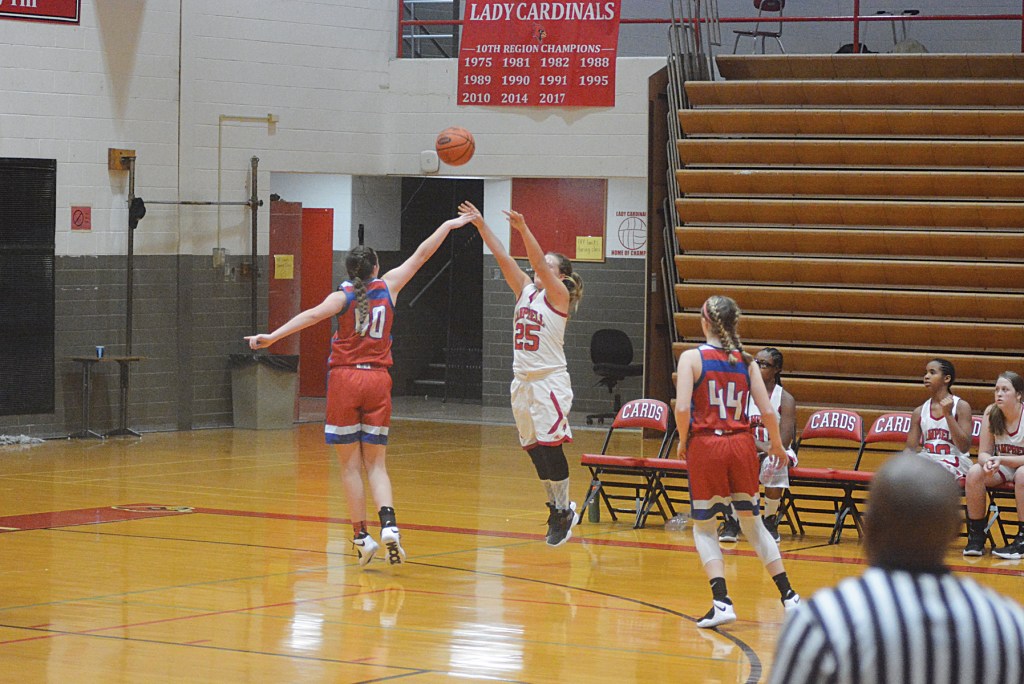 Byars only had two days of practice to introduce himself and bond with the team before the first game.

He has years of coaching experience with boys and girls at all levels.

With his limited time here so far, he said he has been impressed with the dedication each person has on the team.

“The man thing is they show up every day,” he said. “They show up ready to work every day. We have some supportive parents which is always a good thing, but our young ladies are coming in every day to work hard. They show interest of wanting to get better each day. I tell them that you have to compete in life. Whether that be a job, position in the company or whatever the case may be. They need to learn the art of competition and to not have anything given to them.”

Byars said he has always enjoyed watching each player develop into special athletes and young adults.

“The most important thing I love about coaching is from the first day I get them until the present time,” he said. “Seeing the growth in someone and seeing everybody progress. Eventually, I want to help get them to high school. The program here has started to pick up. They have gone to the state tournament the last three or four years. We have to reload and keep the tradition going that coach Graham has started.”

Byars said he hopes to influence his team to become better people before becoming better athletes.

“Playing together as a team and camaraderie is what I teach young athletes,” he said. “If I can teach them something about the game would be really great, but getting to teach them the power of prayer and they know I am a Christian. We do a lot of devotions and prayers before games. Now a lot of the girls have taken it upon themselves. If I hadn’t introduced them to anything else, the most important thing is I have introduced them to God.

Byars has been pleased with his team’s 7-2 record despite not fully knowing each other.

He is excited to see the progression from the beginning of the season until the postseason.

“We have had a really good start,” he said. “We lost early on in the season in a game that I am not going to mention. It was my first game and I am really looking forward to playing them again. They are not better than us. We were just two practices in and there was a lot of things in that game that we were not ready for. Hopefully we can win the eighth grade championship and that is our goal.”