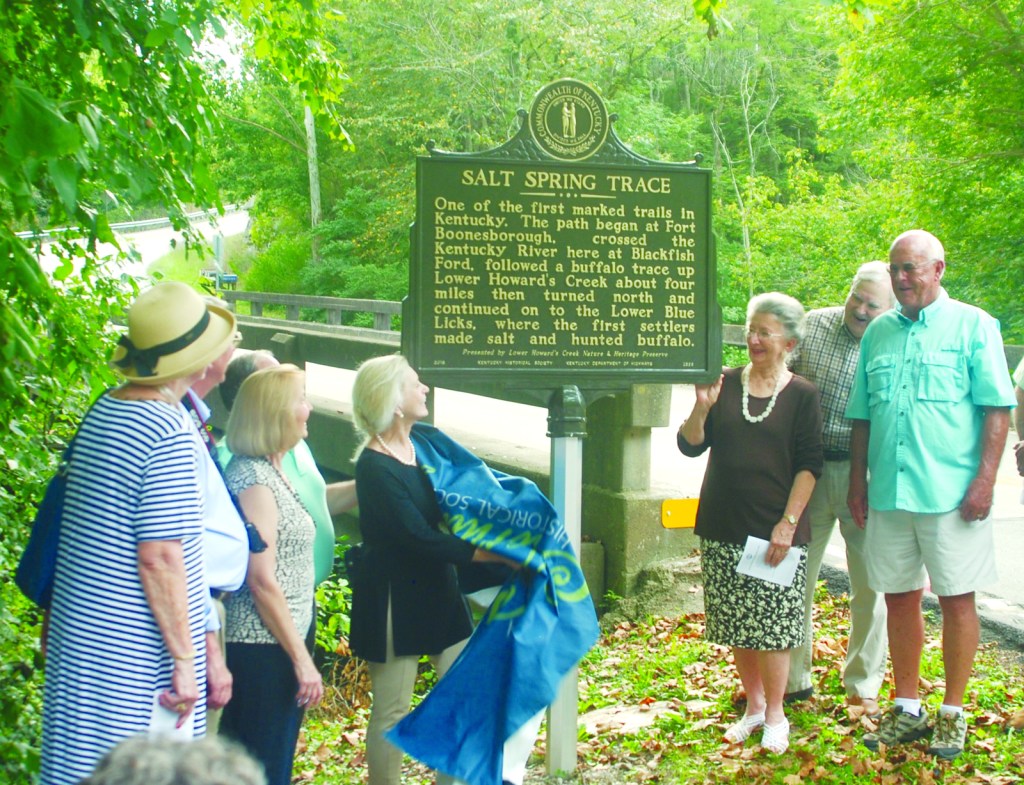 Members of the Society of Boonesborough unveil a new historical marker Friday on Athens Boonesboro Road. The marker signifies the Salt Springs Trace, which was important to settlers at Fort Boonesborough. (Photo by Fred Petke)

More than 300 years ago, early settlers at Fort Boonesborough followed an old buffalo trace for more than 40 miles to hunt and make salt.

Friday, descendants of those settlers unveiled a state historical marker for the Salt Spring Trace next to the Kentucky River on Athens Boonesboro Road.

“This was a very important trace early on,” Enoch said. “We think we have a very historic trail that needed to be preserved.”

The marker, which was placed across the road from Hall’s on the River, details the importance and history of the trace to those early residents.

“Salt was a very important commodity for people at Boonesborough because it wasn’t something the brought with them from North Carolina,” preserve manager Claire Sipple said.

The Salt Spring Trace marker was the fifth placed in Clark County within the last couple years.

“It’s a very special occasion when one of these markers go up because it is a lot of hard work,” said Sarah Elliott, director of historical resources for the Kentucky Historical Society. Most of that work, she said, comes from people at the local level.

“It’s a grassroots program,” She said.

Across the state, more than 2,300 markers have been installed in the last 70 years, Elliott said.