In retirement, educator focuses on ESL at BCTC 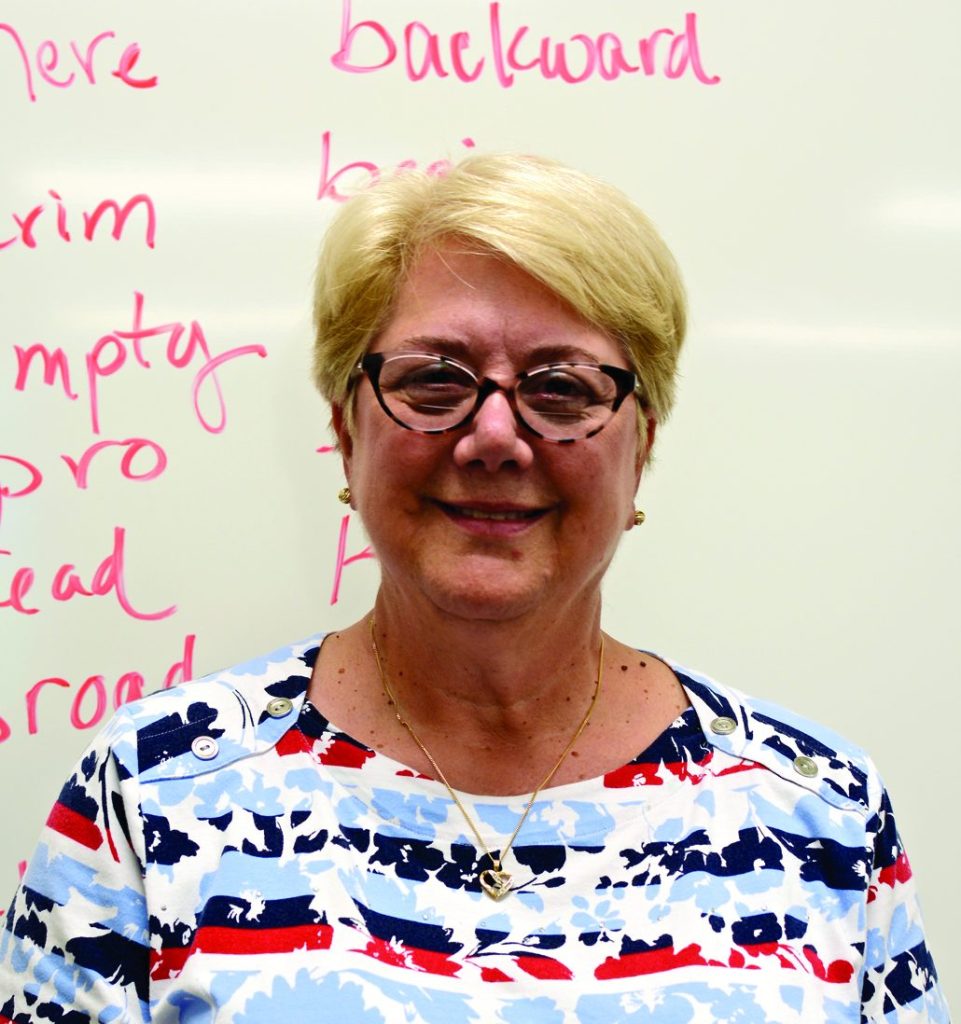 Sara Porter may be retired, but that hasn’t stopped her from working.

“I have this wonderful opportunity to come here two nights a week and have a great class,” Porter said. “It’s my new part-time gig.”

Porter is from Columbus, Ohio. She attended Eastern Kentucky University in the 1970s.

While this year is her first year at BCTC in Winchester, she started at Central Kentucky Vocational School — the predecessor of BCTC as people know it today. There, she taught adult education in Fayette County.

She later went on to work for Xerox, which took her all over the country from Dallas, Texas, to San Diego, California to Los Angeles. She ended up staying in Los Angeles for 15 years, working for a variety of companies over the years.

It was in Long Beach, California, where she first got a taste of teaching ESL. She started teaching ESL in 2002 for Cambodian refugees.

“That led me to where I am now with many antonyms on the board,” she said.

From California, Porter returned to Ohio in 2007 and completed certification to teach public school. She taught kindergarten through 12th grade.

It was there she received a phone call from a man she had met years ago while working in the adult education center in Fayette County.

A year later, she and Jim Porter were married, and Porter was back in Kentucky.

“I’m staying in Kentucky,” she said.

While back in Kentucky, Porter taught ESL in Bourbon County and Montgomery County before coming to Winchester.

The class is open to all adults who have a primary language that is other than English. Porter said she currently has students of Hispanic, Filipino and Russian backgrounds.

“Having a mix of languages is good because we learn about different cultures,” Porter said.

Porter especially focuses on teaching her students what they feel their weaknesses are so they can become more confident in their English speaking, writing, comprehension or reading abilities.

“The goal of this class is to teach basic language skills, daily functional skills and whatever else comes up,” Porter said.

Each night, Porter teaches her students new vocabulary and then practice the language skills. She currently has about 10 students but is hoping to continue to grow the class. Her students range in age from 20s to 40s.

Porter said she loves listening to her students tell her about their progress.

“One lady in my class said she reads to her children,” Porter said. “I think that’s fantastic.”

She said she feels honored when her students tell her how special she was to them. Porter said she always encourages her students to continue working to never give up on their goals.

The ESL program is continuous; students can take it until they are ready to take the Combined English Language Skills Assessment (CELSA). Classes are 5-7 p.m. every Tuesday and Thursday at the Winchester-Clark County BCTC campus. The classes are one part of the many programs Clark County Skills U — formerly Clark County Adult Education — offers.

For the future, Porter said she’ll likely never stop teaching, whether it be continuing her part-time gig as an ESL teacher, volunteering in schools, tutoring or teaching in some other capacity.

“Once you’re a teacher, it never comes out of your blood,” Porter said.