The rocky road to soccer success 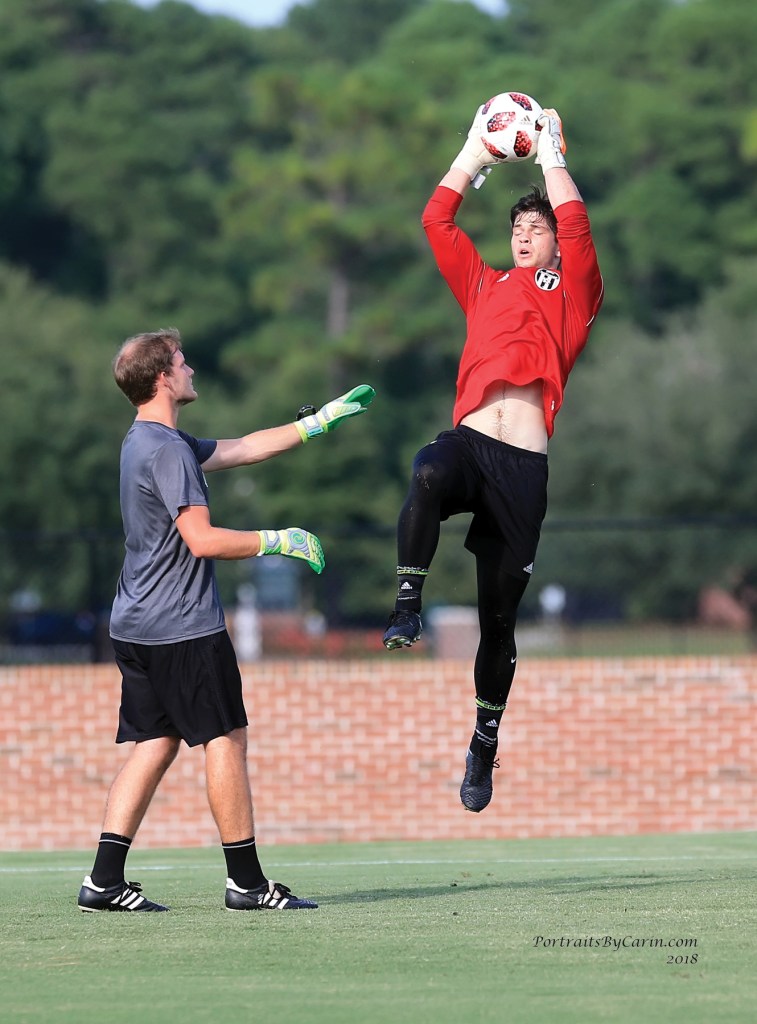 Chandler Gaunce transferred from Transylvania University to Winthrop University and said he has never felt closer to home. (Photo submitted)

Chandler Gaunce, a 2016 George Rogers Clark graduate, has came a long way as an athlete, but more so as a person considering what he went through in his early childhood.

He currently plays soccer for Winthrop University after transferring from Transylvania University.

At only four years old, Chandler experienced the tragedy of being ran over by a lawnmower.

Although he does not clearly remember the horrid event, it has helped mold him into the person he is today.

“I was in a lot of shock,” he said. “I remember the day, but as far as it happening I do not even remember it. I grew up a lot from that and would say I was more mature for my age. My parents have shown me that it was a huge growing lesson to learn from.”

With somehow managing to survive, Chandler was hospitalized for two weeks and had screws placed in his hip.

As well as going to physical therapy, Chandler’s parents decided to sign him up to play youth soccer.

His mother Georganna Gaunce said she wanted to get him more active to forget about the tragedy.

Little did he know that we would find a strong passion and fall in love with soccer.

“We signed him up after that terrible accident to strengthen his balance and muscles,” she said. “We did not have a clue it would form him into who he is.”

“I was a very social kid and after the accident, I did not have any desire to do anything,” he said. “Soccer was the first thing I was able to play age wise and I realized on the field and practice that I could have friends. It became more than just a game at that point. It was what I did on the weekends. It helped me forget about what had happened to me. When I realized I could be good, it definitely helped, too.”

Chandler admits without his parents, he could not imagine recovering from the accident as well as he did without them.

“Truthfully, I could not have asked for two better parents,” he said. “The way we have handled it and moved forward was exactly what I needed. During my senior year, I was not planning on going to Transy. I had a lot going on there for a while and my mom got diagnosed with multiple sclerosis. I thought I was going to lose her and I did not want to be away from her.”

Chandler said the process of transferring from Transylvania to Winthrop was not as difficult as he had originally thought.

“To be honest, I did a decent amount of research before I wanted to transfer,” he said. “I used the summer to look at schools that were suitable. The only real difference is the size. It went from like six people to 12 people in my classes.”

Chandler admits the competition has gotten better since transferring and said that was exactly what he wanted.

“Talent level is a pretty big jump,” he said. “That is what I was wanting. I never felt like I was challenged at Transy.”

Chandler said he has loved every minute at Winthrop since he transferred.

“Every day I wake up and love where I train,” he said. “I love all the guys. As soon as I got here, I got into a car wreck with my teammates who I just met at the time. They waited on me to get everything figured out and we all got along right away. It was not like that at Transy. I have really solid friendships here that I did not have there.”