Life on the other side of the net 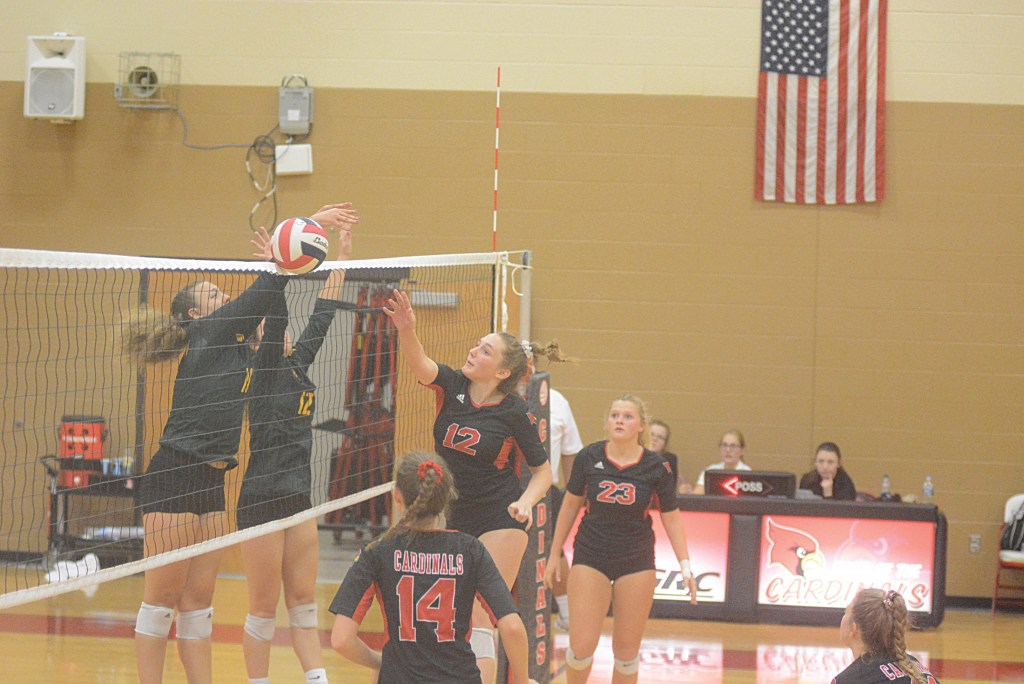 Junior Molly Robertson admired her sister who also played volleyball and found a strong passion for the game. (Photo by Micah Satterly)

Junior Molly Robertson could not imagine her life without playing volleyball.

Besides being a top-notch student and diving on the hardwood for balls, she enjoys all the little things in life such as riding around with music blaring and being around those she cares about.

Robertson, the six-year athlete, said she enjoys volleyball because it gives her purpose and is able to forget about the other stress going on in her daily life.

“I really like how when you step on the court you can become a whole different person,” she said. “You have different motives and you do not have to worry about anything else. No drama, no school, no relationships or anything. It is just you and the ball.”

Robertson said she first found her passion for volleyball from her older sister from watching and playing with her.

“I grew up watching her play high school,” she said. “She wasn’t division one or anything, but she was fundamentally sound and was a great leader. I learned a lot from watching her and it gave me the urge to play when I was younger. I tried it and loved it and here I am today.”

Robertson said the season has been a roller coaster ride so far, but is still pleased with how her team has handled adversity.

“The season is going pretty good so far,” she said. “We have some up and down days, but I think we are doing pretty well. There is still things we can improve on like any other team, but that comes with practice and dedication. We have to be willing to put in the work if we want to achieve the goals we have set.”

The junior setter will still have another year to work up to the standards she has set for herself and is focused on becoming a better influence each day.

Aside from winning, Robertson said she never wants to take the opportunity she has with playing volleyball and never wants to leave the court with regrets.

“I want to put everything out on the court and be there for my team,” she said. “That is for the seniors finishing up this year, I do not want to leave them hanging. I want them to know I have tried my hardest each game. For my senior year next season, I want to finish strong with the family I have built since the seventh grade.”

Robertson has plans to continue her education and volleyball career in college, but is keeping her options open.