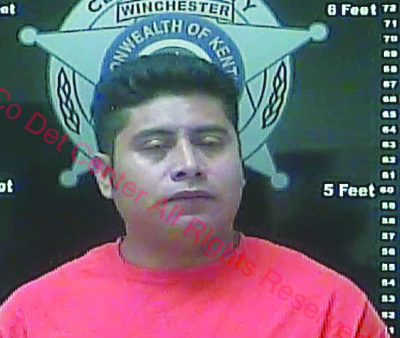 A Winchester man is facing felony assault charges after allegedly shooting another man in the foot early Tuesday.

The victim, 47-year-old Pablo Hernandez, was transported to the University of Kentucky Medical Center for treatment.

The shooting was a result of an argument between the two men, Hall said, and happened in Muniz-Batiz’s apartment.

Hernandez left after being shot.

While the cause of the argument has not been verified, police believe alcohol was involved.

Winchester Police were called to Washington and Jackson streets at 1:31 a.m. Tuesday concerning the shooting.

Officers followed a blood trail back to Muniz-Batiz’s apartment. After entering, officers found Muniz-Batiz in a bed with the handgun, according to the arrest citation.

“He gave a statement corroborating what the victim said,” Hall said.

Wednesday, a district judge scheduled a preliminary hearing for 9 a.m. Monday after entering an automatic not-guilty plea. Muniz-Batiz’s $100,000 cash bond was not changed.

First-degree assault is a class B felony carrying a sentence of 10 to 20 years in prison upon conviction.