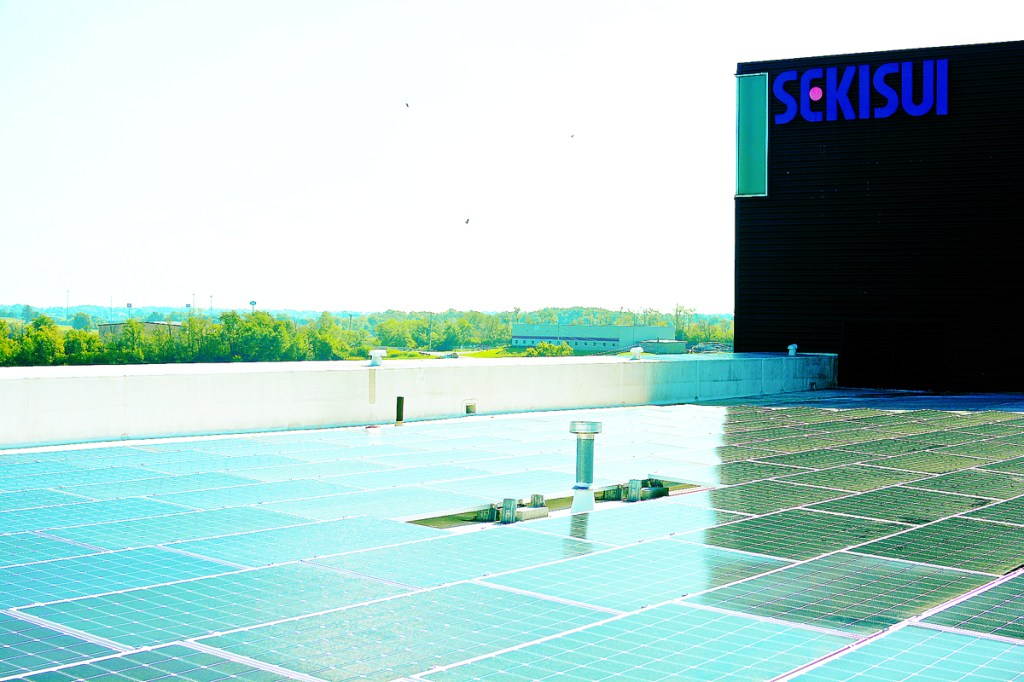 Sekisui held an open house Thursday to show off its new solar roof and miniature solar farm to Winchester.

Sekisui hosted an open house for the community Thursday to show off its recent installation of an 814-kilowatt solar array.

In turn, about 1.6 million pounds of carbon dioxide will not be released into the atmosphere annually. That is the equivalent of taking 210 mid-size cars off the roads or planting nearly 4,000 trees each year, according to a press release.

The Sekisui Winchester plant, an interlayer film manufacturing facility, opened in 2007 and currently employs nearly 100 people. The solar farm project has been in the works for about a year.

On the roof, the panels are placed at a five-degree angle to allow for rain or snow to flow off.

The ground-mounted panels are set at a 30-degree angle and were driven about 10 feet into the ground to ensure their stability.

Each panel weighs about 45 pounds. All panels are connected via a cable and run energy back into the building.

The building will pull from the solar panels first for energy, he said.

“Electricity is a bit like water,” he said. “It goes to wherever it is being used. So, this building will always pull the electric from its own panels.”

Ricketts said the panels have about a 25-year warranty, so in about 25 years, the panels will produce about 83 percent of the energy from which it started.

The installation of this new solar energy system puts Sekisui in the top five private producers of solar energy in the state, Rickett said.