No two days the same for road dept. 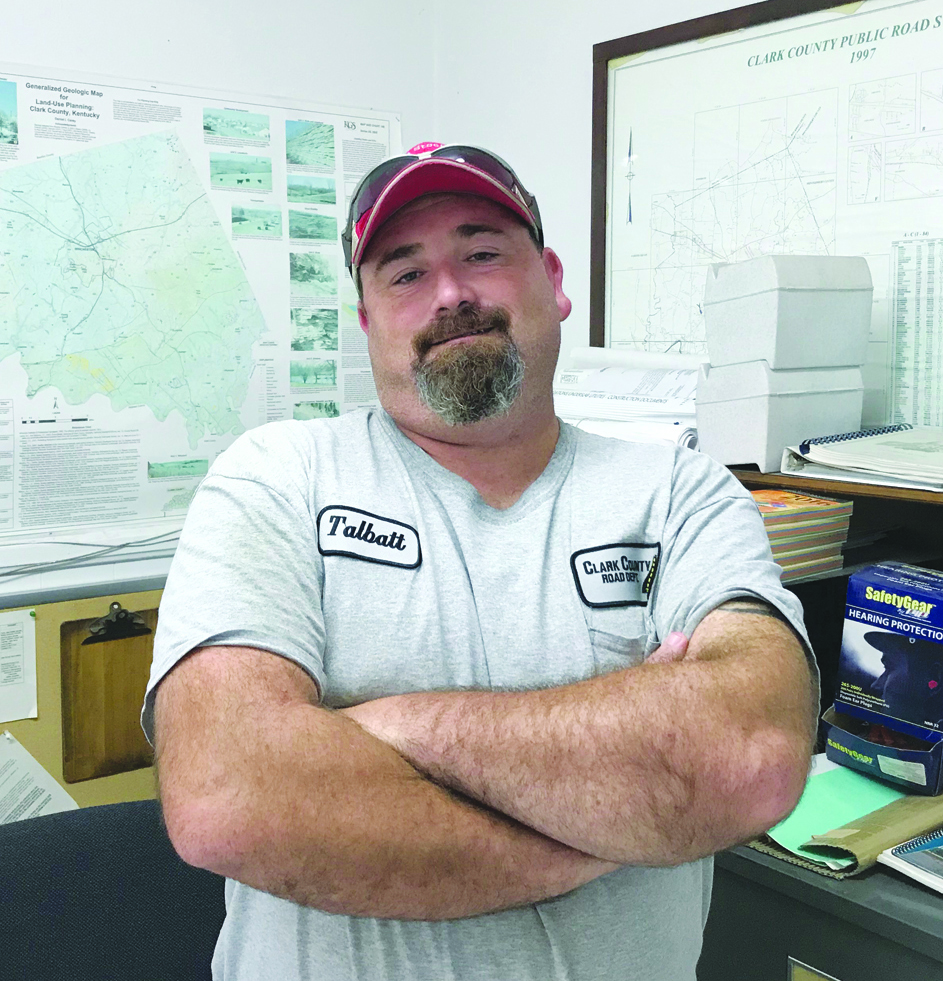 Clark County native Daniel Talbott has worked at the Clark County Road Department for about 10 years. He is an equipment operator, which means he can run anything from front loaders to snowplows on any given day. (Photo by Fred Petke)

No two days are the same for the Clark County Road Department.

That’s one of the appeals to the job for 10-year employee Daniel Talbott.

“Anything on the county roads that’s got to be fixed, we fix,” he said. “If we have bad storms, we deal with water damage.”

Talbott, a life-long Clark County resident, was hired as a road maintenance worker. Now, he is one of the department’s equipment operators.

On any given day, Talbott can be on a front loader, a grader, a brush cutter or a snow plow.

Winter snow storms can make for the longest days, particularly during the winter of 2008.

“We worked three days straight,” he said. “We’d go out and clear our areas. We’d come in and take a two-hour break and go back out.”

Keeping going for that long took a little outside help as well.

Moving snow, he said, is actually fairly easy. Once the snow is out of the way and roads are clear, it eventually takes care of itself.

Downed trees are another story, which is one of the most physically-demanding tasks for the road department, he said.

“There’s a lot of equipment we use, but there’s times you have to physically move them,” he said.

Talbott started at the department a year after graduating from high school and after a year working in a family business. The road department offered better benefits, including a pension, and the opportunity to work outside.

“It’s all pretty good to me,” he said of his job. “The end product is always better than the beginning.”