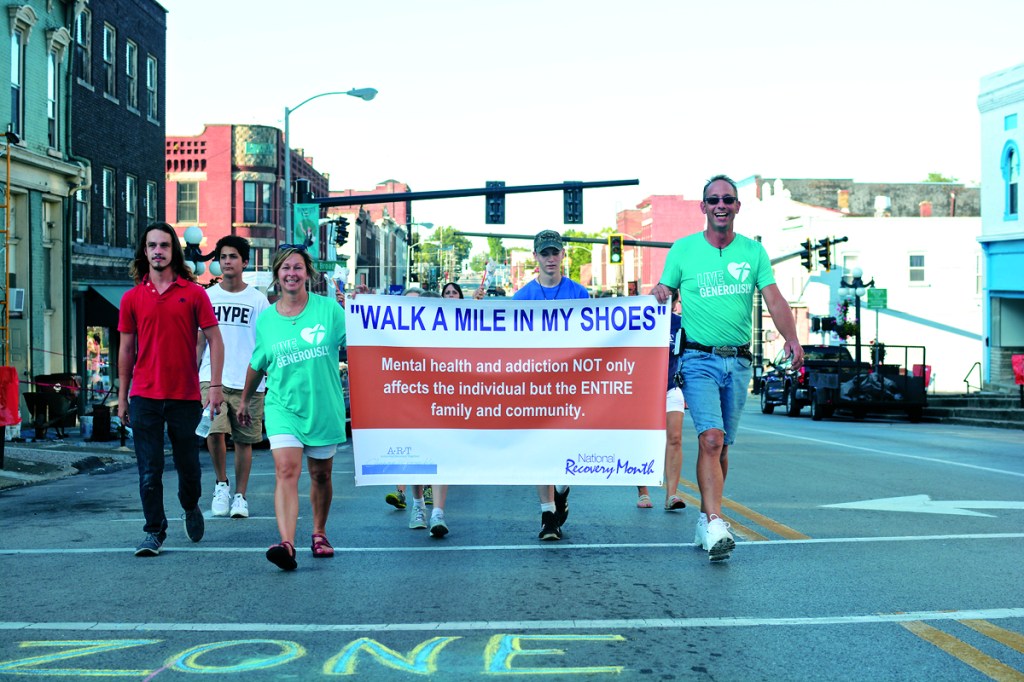 Participants in the 2018 Rally4Recovery walked a mile to raise awareness about addiction. (Photo by Lashana Harney)

When Tara Moseley was 23 years old, she was living in a homeless shelter in Louisville.

Her relationships with her family and friends had deteriorated, and substance abuse had taken over her life.

“I never really got a chance to start life,” Moseley, a Louisville resident, said while giving her testimony at the Rally4Recovery Friday.

She didn’t know what she was doing was wrong.

In April 2011, she found hope. She found a treatment center, and there, she learned about the different pathways of recovery.

Moseley said she stayed in the treatment center for 23 months.

“I needed every bit of those 23 months,” she said. “Because within those months, I learned how to live a life of recovery. I learned I’m powerless of everything that goes on around me except for my reactions.”

Today, Moseley is a daughter to her mother. She is a fiancée in a healthy relationship. She is a homeowner and a graduate student at the University of Louisville. She completed her bachelor’s degree in political science, public policy and pre-law with minors in psychology and criminal justice.

In May 2014, she began working with young people in recovery, eventually establishing a recovery chapter, Young People in Recovery (YPR), in Louisville.

She has also become the program manager for Kentucky to develop other chapters across the state.

“These are all things I’ve been able to (accomplish) with being in recovery and being responsible,” Moseley said. “…I don’t take things for granted today.”

Moseley’s story was one of the many stories shared among the crowds during the weekend-long recovery festivities.

The Rally4Recovery kicked off Friday with a mile walk, music, free spaghetti dinner and a memorial wall to honor the lives lost to addiction.

Saturday marked the end of the festivities with more fun and an early morning 5K/10K.

However, the celebration of recovery continues long after the festivities ended.

Moseley said she came to the Rally4Recovery because she wanted to share her story — to show what can happen as a result of resources, support and hope.

“This is what recovery looks like,” Moseley told the crowd.