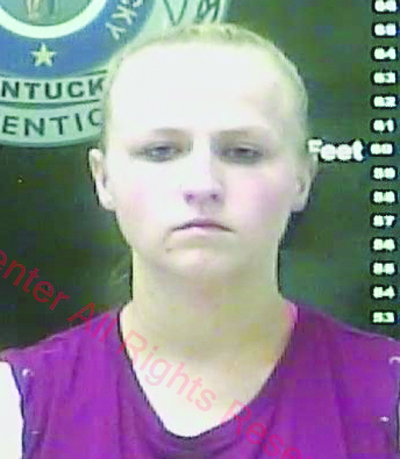 The second woman charged with making an explicit video of an intoxicated juvenile is in custody.

Constance Haggard, 23, of 915 Hackberry Circle, was arrested Wednesday on an indictment warrant charging her with use of a minor in a sexual performance.

Haggard and her co-defendant Deanna Brock, 29, of 101 S. Burns Ave., were indicted in July by the Clark County grand jury, but Haggard’s indictment was sealed by the judge.

Haggard and Brock were both indicted for use of a minor in a sexual performance when they allegedly filmed a 17-year-old girl performing a sexual act with them in a residence in the Quick Shop trailer park, police said.

Winchester Police Capt. James Hall said previously the victim spoke with police in May after being contacted by one of the women, who said she had a video. The juvenile did not remember the incident because she was intoxicated after Brock and Haggard gave her alcohol, Hall said.

Haggard is being held on a $15,000 cash bond, according to the jail website. She is scheduled to be arraigned Oct. 4 in Clark Circuit Court.

Brock is also being held in the Clark County Detention Center, according to the jail website.