Winchester native competing for a spot in the U.S. Open 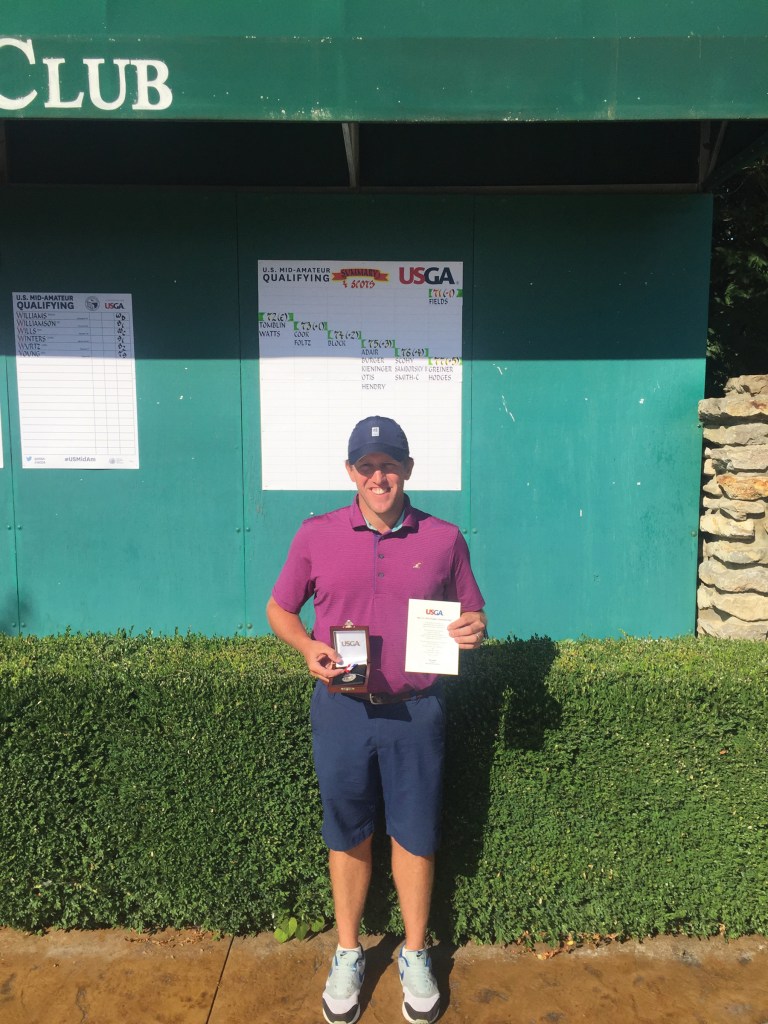 2002 GRC graduate Tyler Fields will be heading to Charlotte, North Carolina for the USGA Mid-Amateur National Finals to compete for a spot in the U.S. Open and possibly The Masters. (Photo submitted)

Fields was a member of GRC’s golf team for five years.

He helped the team finish fourth in the state his senior year and all five starting players that season went on to play division 1, 2 or 3 in college.

Fields graduated from Bellarmine University where he played four years of golf on the team and went on to graduate in 2006.

He has played golf since he was six, but got more serious about it when he joined the team in eighth grade.

The most well-known is obviously the US Open, but they conduct many national championships for amateur men and women at different age groups for Junior, Mid-Amateur and Senior.

Fields said he had to go qualifying outside of Cincinnati and go against 50 other qualifiers from across the nation and finish in the top 4 out of 85 players to make the field at the Mid-Amateur.

Fields was the medalist at his qualifier with a score of 71, or one under.

Fields said there is not anything specific that he loves more than the other when it comes to golf, but he fell in love with every part.

“I can’t even list one thing about the game that makes me enjoy it,” he said. “I love the fact that it’s a game you never beat or figure out. The best players in the world still make bogeys from time to time, but the pursuit to always get better is what makes the game addictive.  I love competition as well.  Playing the game casually is definitely fun, but for me, I really love testing my game against other players in tournaments and seeing where I stand. I fell in love with practicing and constantly trying to get better, and I still have that desire to this day. ”

Fields said his motivation to keep playing golf all these years has been his desire to push himself to the limit.

“My motivation to keep playing is just my love for the game and my desire to be as good as I can be.  The beauty of golf is it’s a game you can play for a lifetime, and you can be competitive for a long time.  It’s definitely going to get harder as I get older and my family continues to grow to find time to compete, so I just want to play and compete while I can.”

Fields said he is more than ready compete at a high level as he heads to Charlotte to compete.

“I’m most excited to compete at a national championship level,” he said. “I’ve been trying to qualify for a USGA championship since I was a junior golfer, so even though it might have taken me a little longer than I would have hoped. I’m thrilled to go up against the best Mid-Am golfers in the country and compete for the championship.  There’s always nerves involved when you compete, but I wouldn’t say I’m nervous about any one thing.  I’m confident in where my game is right now and excited for the chance to go see what I can do. “

Fields does not have a goal in mind and said as long as he goes there and competes and gives it his all, then he is satisfied.

“My goal is more to stick to my game plan for how I want to attack the course, play smart, and be committed and focused on every shot,” he said. “That’s really all I can control.  I’m not a pro, so I’m going to hit some bad shots from time to time, and so will every body else down there.  I just want to control the things I can control, and if I do that, I can live with any result that follows.  I’d be lying if I said I didn’t daydream about winning the tournament and perks that go with it. A spot in the field at the US Open and a likely exemption to play in The Masters.”