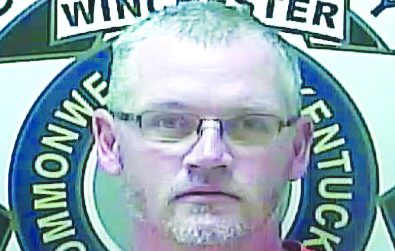 A Clark County man may serve another decade in prison after pleading guilty to first-degree rape charges.

Davis was also indicted for one count of first-degree sodomy, but that charge was dismissed as part of a plea agreement.

Prosecutors recommended a 10-year sentence, which is the minimum for first-degree rape; the maximum sentence is 20 years.

The charge stems from an incident which occurred Sept. 21, 2015, involving an adult at his residence.

“I was drinking at that time,” Davis told Clark Circuit Judge Jean Chenault Logue. “I forced her into intercourse with me.”

Davis is already serving a 25-year sentence after pleading guilty in 2017 to first-degree rape, incest and four counts of first-degree sexual abuse which involved two juveniles.

Assistant Commonwealth’s Attorney Heidi Engel said Davis’ new sentence must run consecutively to his current sentence under state law. He must serve 85 percent of his 2017 sentence before being eligible to meet the parole board, register as a sex offender for the rest of his life and complete five years of supervised release.

Davis is scheduled to be sentenced Dec. 6.