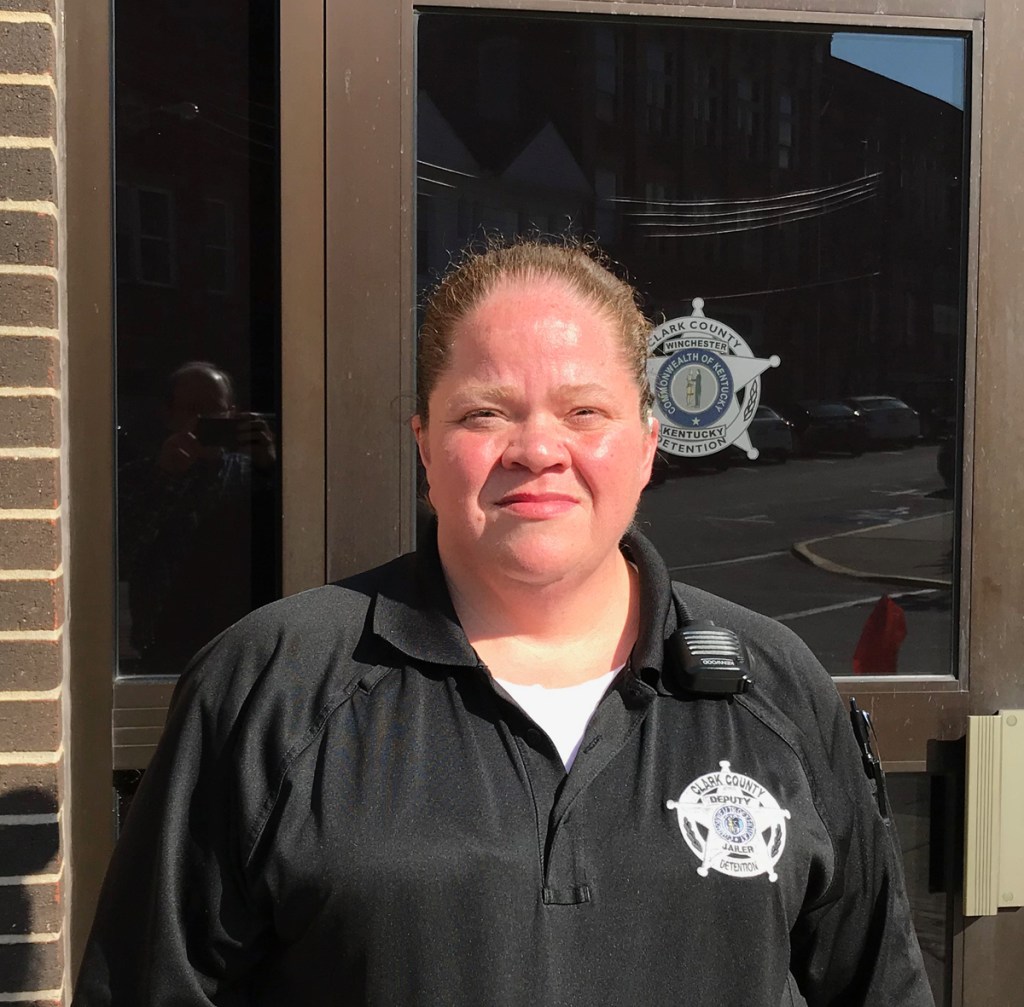 Cathy Covix of Flemingsburg works as a corrections officer at the Clark County Detention Center. (Photo by Fred Petke)

Cathy Covix hadn’t planned to work in a county jail, or in corrections at all.

But she loves it.

The Flemingsburg resident started working at the Clark County Detention Center with Kellwell Foods, but transitioned to become a deputy jailer about two years ago.

“I wasn’t looking for it, but I love it,” Covix said. “Every day is something new.”

No two days are the same, though elements repeat.

Beyond that, all bets are off.

“You’ll serve trays, do sick call, med passes,” she said. “You’ve got court. We do church on Sundays. You transport prisoners to different facilities. It’s just whatever they need you to do.”

It’s taken a lot of training, and training is ongoing, to become a deputy jailer.

Like police officers and deputy sheriffs, they can carry pepper spray and Tasers, but only after being on the receiving end of both, she said.

“You have to be physically Tazed and sprayed to carry them,” she said. “It’s an experience you’ll never forget. I don’t know which I’d rather do again. Probably neither. (Pepper spray) keeps burning.”

Hearing those stories, she said, is one of the better parts of her job, she said.

“There’s people that’s lost everything due to addiction,” she said. “I never want to face that. I enjoy being able to talk to people. I treat people the way I want to be treated. If (prisoners) come to me and talk to me about something, I listen.”

The best part, she said, is the job and the environment.

“This is home to me,” she said. “The people I work with are the best.”