Cardinals sweep the floor against Robertson County on senior night 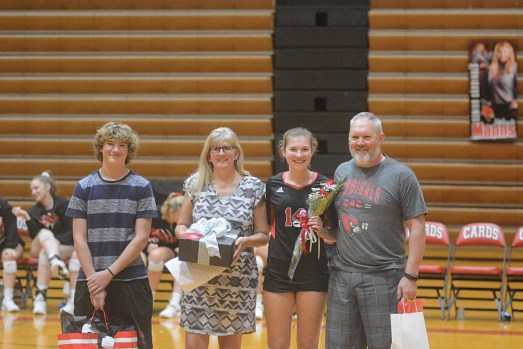 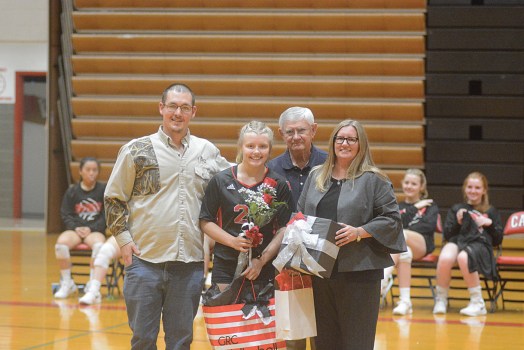 The Cardinals swept the floor against the Robertson County Lady Devils in two sets 25-4 and 25-13.

GRC had a small senior class recognized before the game in Emma McQuade and Melanie Manns.

The win against Robertson gave the Cardinals a four game winning streak.

Head coach Jessica Bryson felt like her team gave the match everything they had.

“They put their hearts out on the floor and played for the seniors,” she said. “They played together as a team and they worked towards a common goal. Overall, they stayed pretty consistent. What we have been working on as a team is our strengths which is serving and playing smart ball. I definitely think they did that which will take us into our game tomorrow where we can hopefully get another win against Montgomery County.”

Bryson said the winning streak has come from mental toughness.

“We are really trying to focus on not having our emotions too tied into the game, but still be emotional,” she said. “I have told them to before to play with all the passion, but to play analytically. They are finally starting to understand that. I told them that it is the same thing that coach Stoops and UK football are doing. They are an emotional team, but they play ball unemotionally. That is really what we want them to do coming into the end of the season.”

The Cardinals are now 12-16 on the season with only three regular season games left until the district tournament.

Bryson said the inconsistency the team has dealt with all year is still in the works to pull it all together.

“We have to remain on the same level of intensity in each game we have won and learn to carry that over,” she said. “It is still a toss up. I need them to understand that it does not matter what the record is, what you did this year, what you did last year or what anybody else has done. Whoever wants to show up on the court that day and play is going to win. We can take on any team in this state, but they can also take us on. Realizing that and playing the ball at one point at a time, we will be able to get there.”

Bryson said she cannot put into words how much of a blessing it has been to watch seniors Emma McQuade and Melanie Manns transform into solid players and honorable young ladies off the court.

“Some people joke that I am a ‘momma’ coach,” she said. “Being able to be a part of these two beautiful, young women’s lives and hopefully I have been some sort of positive influence. I could not be more grateful, thankful and appreciative. They are a wonderful group of girls. I have a heartache knowing I will be losing them soon, but I am so excited to hear what they will be doing after this.”

GRC will have an away game against district rival Montgomery County at 7 p.m. Thursday.