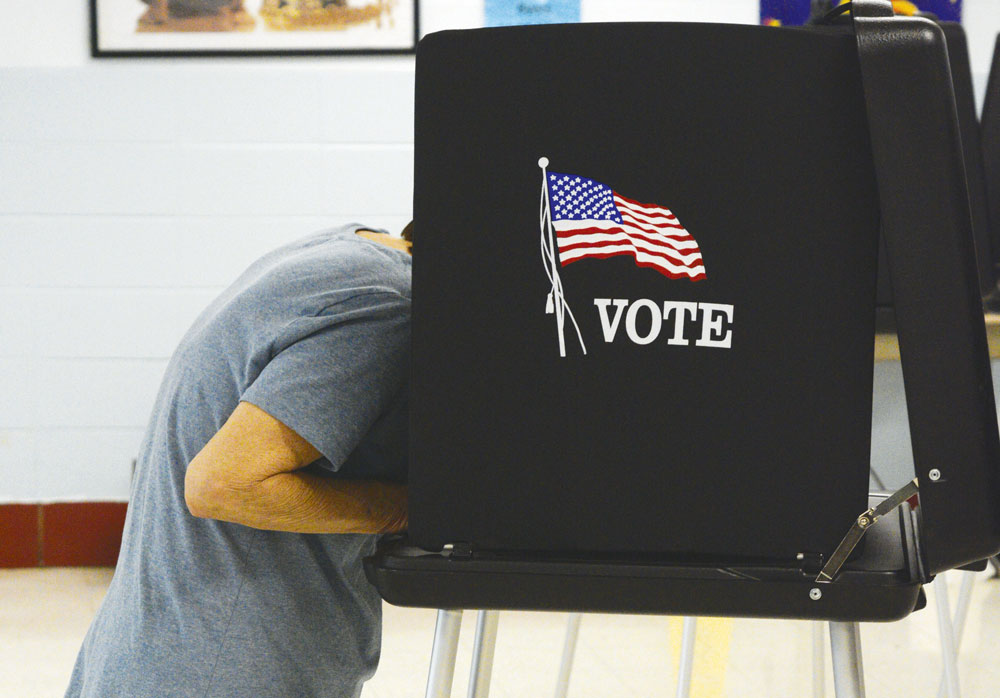 County officials are mulling whether to increase the pay for the county’s election poll workers.

The matter came up for discussion at the end of Wednesday’s Clark County Fiscal Court meeting. Clark County Clerk Michelle Turner said she was planning to ask the court to consider a $25 raise for poll workers.

Presently poll workers receive $125 for working election day and an additional $25 for the mandatory training session.

In talking with other county clerks, Turner said poll workers in some counties earn up to $200 for working election day.

Turner said she would like to see an increase to $150 for election day services, which could help attract new workers.

Poll workers generally work at least 13 hours on election or primary days, and can’t leave the precinct once polls open.

The change was estimated to cost less than $3,000 per election. The county pays for all election expenses.

Turner said she has to have 104 poll workers on election days to staff the county’s voting precincts and five to 10 alternates.

“We had 16 alternates in the May primary and I used every one,” Turner said. “We are one of the lowest-paid counties. It’s a long day. I think they would appreciate it.”

The fiscal court is scheduled to discuss it further at its next meeting.

In other action Wednesday, the fiscal court:

— heard a presentation from Clark County Public Library Director Julie Maruskin about its tax rates for 2018. Real property is 6.4 cents per $100 value, 9.59 cents for personal property and 4.9 cents for motor vehicles.

— approved the second reading or an ordinance amending job classifications within the Clark County Fire Department. It was approved 6-1, with Magistrate Joe Graham voting no.

— approved the second reading of an amended fireworks ordinance.

— approved a resolution to use a contract service to recover expenses for hazardous material responses for the Clark County Fire Department.

— approved a Homeland Security grant for $12,181 to purchase duty rifles for deputies at the Clark County Sheriff’s Office.

— met in closed session for 25 minutes to discuss potential or threatening litigation. No action was taken after returning to open session.