— Debra Turner, 59 of Mount Sterling, was charged Tuesday with driving under the influence.

— At 9:42 a.m. Sunday, deputies were called to 1131 Iron Works Road after someone broke into a residence and removed copper wiring and plumbing materials.

— At 5:49 a.m. Wednesday, deputies responded to an injury accident on Veterans Memorial Parkway in which Keith W. Gilpin of Clay was turning onto Iron Works Road and did not see a vehicle, driven by Amanda M. Watts of Louisville, coming in the opposite direction and the two vehicles collided. Watts and her passenger, Kristen L. Crews of 75 Holiday Road, were transported to Clark Regional Medical Center with unspecified injuries.

— At 5:49 a.m. Wednesday, firefighters responded to an injury accident on Veterans Memorial Parkway.

— At 6:21 p.m. Tuesday, firefighters assisted EMS personnel with a call on Cook Avenue.

— At 11:10 p.m. Tuesday, firefighters were called to 124 Hibiscus Lane for an investigation.

— Jatasha Nicole Green, 40, was charged Tuesday with fraudulent use of a credit card.

— At 5:33 a.m. Tuesday, officers were called to 19 Buckner St. after the caller found brass knuckles and needles in the front yard.

— At 11:17 a.m. Tuesday, officers were called to 561 Country Club Court concerning a theft of a cell phone. 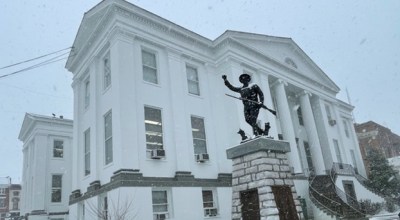 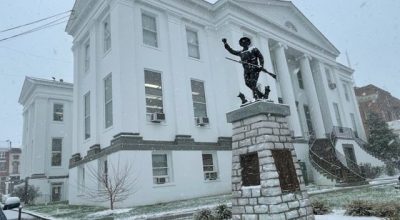