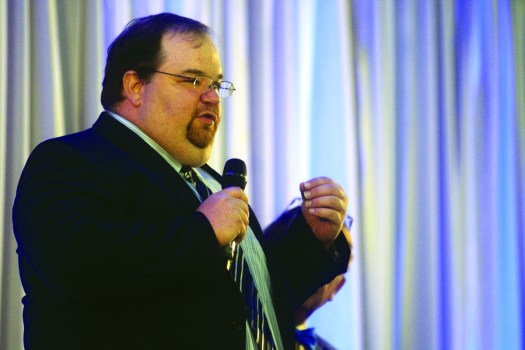 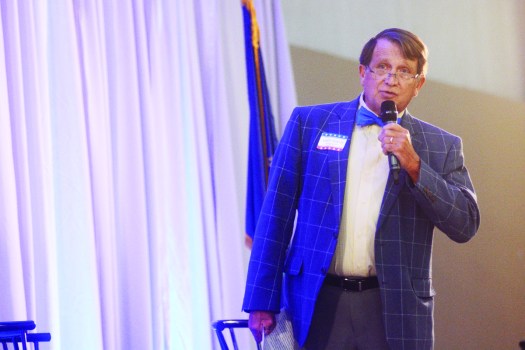 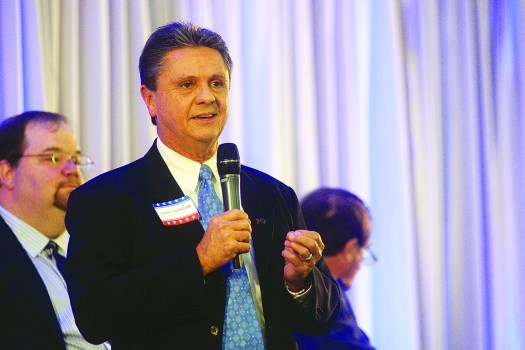 The two candidates for county judge-executive and one magistrate candidate were asked about addressing discord on the Clark County Fiscal Court and equitable distribution of county funds.

Robert Blanton, the Democratic candidate for District 6 and the incumbent, said the issue may be with perception.

He said the issue with the fiscal court is not one of discord.

“Just because we disagree, doesn’t mean that we’re all in a scope of total disarray,” he said.

He said asking difficult questions and getting honest answers will help build trust and the perception of discord will fade.

Blanton’s opponent, Republican James Nisbet, did not participate in the forum. Other magisterial candidates were not invited to participate because the forum was focused on candidates on city ballots.

Pace, the Republican candidate for judge-executive, said disagreements shouldn’t necessarily be looked at as a bad thing.

“To my perception, there are some personal problems on the fiscal court,” he said. “Let’s just talk about it. Sometimes people don’t get along with one another. But one thing that’s pretty obvious to me — these are political offices — for the first time on our fiscal court, we’ve got three Democrats, three Republicans. It’s just common sense, folks.”

He said the court must do things to “keep it from being personal” to bridge the divide.

Branham, the Democratic incumbent, said members of groups bring their personal view, but also have a responsibility to the assembly, and that can be complicated.

“They want to represent their views, but they also want to respect the assembly,” he said. “(The judge-executive is) the chief operating officer and you cannot put that hat down. When you go into the fiscal court room, you take that operating hat with you. It’s impossible to put down.”

He said adding time for magistrate comments and free discussion of the issues have been beneficial.

“I know that sometimes that might be perceived as fighting or discord, but shouldn’t a member of the assembly be allowed to present their point of view and their perspective if this is what they’re supposed to do?” he said. “… But it’s up to each member of that body to determine how they’re going to act and present themselves to the assembly and to the public.”

The judge-executive candidates also talked about ensuring appointees to board represent the county’ diverse racial and socioeconomic population.

Pace said he would make it a priority to increase turnover on the boards, while Branham said he would continue to seek recommendations and volunteers from various sectors of the community.

“The problem is we’ve got the same people serving term after term after term,” he said. “We need new people to participate in government on all levels.”

He noted the Clark County Fiscal Court Foundation Fund, which he said distributes funds to a wide variety of nonprofit groups. He said the county also offers services, like the jail and animal shelter, that serve the city and the county.

“I think we have a perception problem,” he said.

He said people need to know more about the process for applying for funds from the court, how to best approach applications and how to establish viable plans for using the money.

Pace said he thinks the question is about ideology, stating that he believes in smaller, more localized government.

“…We need to have the magistrates be a little more empowered because those are the ones that are most localized to you,” Pace said. “You’ve got a magistrate living within a couple miles of you … I’m going to go to them to address the needs in their part of the county. That’s how we get more localized representation. That’s how we get everyone equitably represented.”

Branham said the distribution occurs through budget workshops, where department supervisors and county contributional officers, agencies in the community and others contribute to the budget-making process.

“This gives opportunity for all the magistrates to represent their districts, their ideologies, in the budget of the fiscal court,” he said. “We will continue to do this because this seems to provide a equitable distribution of the funding of the fiscal court.