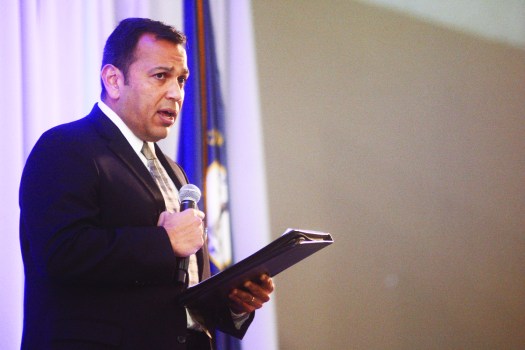 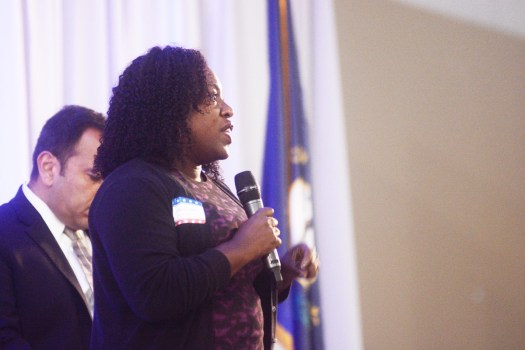 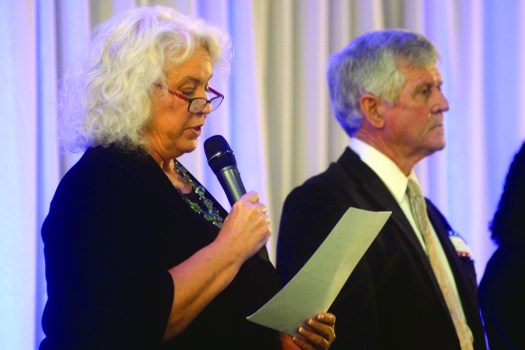 Candidates for state representative and state senator of the 28th district discussed combating the discord of the state legislature, recruiting teachers and the restoration of rights to felons who have completed their sentence during the Better Together Winchester candidates forum Thursday.

Candidates were first asked how they planned to restore cooperation and civility to the state legislative process.

Banks said the current legislators haven’t stopped attacking each other, their constituents and more. She said she believes in kindness and respect and as a first-time candidate, she would bring fresh ideas to solve the current problems in the legislature.

Yates said it comes down to respect.

Gray agreed, saying it’s about respecting each others’ differences, but it’s also about sticking to protocol.

Alvarado, the incumbent, said there is a perceived discord in the legislature, but people are mistaking discord for disagreement. He said the process has always been civil from his experience.

“I would encourage anyone to log-on to KET, watch proceedings from this past year and judge for yourself,” he said.

As for recruiting teachers, Gray said it’s crucial to have fully-funded pensions; otherwise, the trend of educators leaving the field will continue.

“A fully funded pension plan is very necessary in order to ensure that we keep and bring in trained teachers,” she said.

A teaching job in Fayette County will have more than 150 applicants, and a job in Eastern Kentucky could have close to none, he said.

Alvarado said he believes the next generation of employees want flexibility and portability — not overregulation. Alvarado said it’s also essential to remain competitive in regards to salary and benefits compared to neighboring states when it comes to hiring.

“I think less government intrusion and deregulation in some of these jobs,” Alvarado said. “To remain competitive, more flexibility and portability with retirement benefits.”

The forum wrapped with a question in regards to automatic restoration of civil rights to a convicted felon who had satisfactorily completed their punishment and rehabilitation requirements.

Both Alvarado and Yates said they would not support automatic restoration for felons convicted on violent offenses.

In regards to nonviolent offenses, Alvarado said there is already an expungement process in place for felons who wish to regain their civil rights. Yates said he supports examining cases individually rather than automatic restoration.

Both Gray and Banks supported automatic restoration of civil rights.

Gray said it is expensive for people to pay for fees involved in the expungement process.

Banks said communities would better serve itself by re-integrating people into society without creating additional “stumbling blocks.” Banks said another vital aspect is creating job training for prisoners while they are serving their time.

“It’s complicated,” Banks said. “I’m sure other people have figured all of this out, but I think we’ve got to figure out what kind of society we want.”