New placard regs cause of confusion 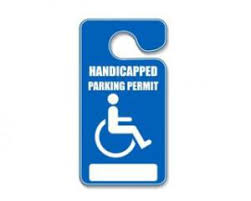 The state’s new regulations for handicapped parking placards took effect a week ago and have already led to confusion.

Clark County Clerk Michelle Turner said one of the biggest changes is clerks cannot renew an expired placard. Once it expires, people must submit a new application.

“We’ve had several people come in and we’ve had to turn them away,” Turner said.

Placards are now good for six years, though new applications are required every six years, she said. The state has also begun charging $10 for a second placard; the first one is free, she said.

“If they lose one now, they’ll need a new application,” Turner said.

Temporary placards are valid for three months and only one is issued, she said.

At this point, only those whose placards are due to be renewed need to take any action, she said.