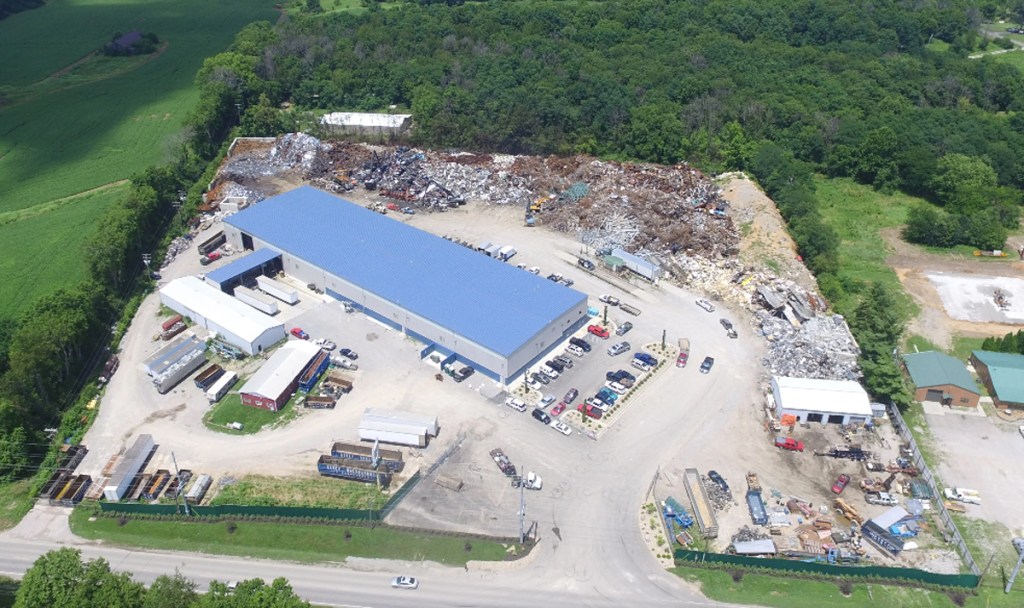 For more than a month,  a group of concerned Clark County residents has been opposing a planned expansion by Stuff Recycling and questioning whether its activities are proper within its zoned use for the property.

Concern about the property and Stuff’s operations seemed to start after a June 9 fire at the business which took three days, more than 30 different agencies and millions of gallons of water to extinguish.

Earlier this summer, Stuff’s owner Jerry Joiner applied for a zoning change for about 12 acres on Clintonville Road. Joiner told the Clark County Fiscal he was interested in buying the property to provide an additional buffer as well as storage area for trucks and equipment.

Neighboring property owners began questioning the request, as well as the current zoning for Stuff’s property at 6169 Lexington Road.

In 2012, the Winchester-Clark County Board of Adjustments affirmed the metal recycling business was grandfathered into B-4 Business zone, as a business that had existed for 10 or more years.

While the zoning change request has been withdrawn, the Board of Adjustments is still grappling with the issue of whether or not Stuff has violated the terms of the zoning and conditions as approved in 2012.

A special public hearing Thursday lasted for more than three hours as residents, Joiner and Stuff’s attorneys addressed a number of issues concerning the property’s use and zoning.

“There’s been a lot of information,” board member Cory Johnson said at the end of Thursday’s hearing. “Most of it useful, some of it that wasn’t. … There will be a decision made. There’s nothing to say it has to be made right now.”

A final decision could come as soon as Oct. 4, when the Board of Adjustments is scheduled to meet again. It could take longer as the issue is complex.

According to minutes of a special Board of Adjustments meeting on Feb. 13, 2012, metal recycling was approved as a legal non-conforming use for the nine acres occupied and owned by Stuff Recycling.

Signed affidavits were submitted from the previous owner of the property, Wolfgang Born, and two neighbors who said recycling efforts had occurred on the property since 1995.

To be grandfathered as a legal non-conforming use under Kentucky statute, the activity had to have occurred for at least 10 years prior.

In the minutes, Born said he had recycled and crushed cars on the property behind his business selling military surplus items.

At the time, the board voted unanimously that the recycling activity qualified as a legal non-conforming use. The motion, though, included the condition that recycling activities do not extend beyond the front of the buildings and remain within the seven acres at the rear of the property or inside the buildings. It also said buildings could be replaced as long as the total area was not increased.

In May 2015, the Winchester Planning and Zoning Commission approved a development plan for Stuff Recycling to demolish several attached structures covering 45,520 square feet and replace them with a single 41,250 square-foot building, according to the commission minutes.

The plan also included adding landscaping to the front of the property along with a solid fence. The plan was approved unanimously. The work was completed in 2017.

Clintonville Road resident Tresa Bridges started digging into Stuff and the company’s interest in 12 acres on Clintonville Road, which was zoned for agricultural use, this summer after the fire which led to her filing a formal complaint with the Board of Adjustments.

During Thursday’s public hearing, Bridges said there is no question Stuff has expanded its business area, scope and footprint since 2012.

In 2013, the company purchased an additional acre of property, adjacent to its site, she said, adding that traffic has increased. Noise has increased. The piles of metal waiting to be recycled and scrapped have grown.

There have been notices of environmental violations before and after the June fire, she said.

“I can’t find one thing they did that they were required to do,” she said of the violations.

Other residents spoke of concerns of what is in the water and the ground, thanks to runoff from the recycling site, where vehicles are crushed.

“You can’t enjoy your home,” Bridges said. “You can see the piles of metal over the fence. I cringe every time it rains.

“I don’t think it ever should have happened to begin with.”

Jerry Joiner said there is no question his business has grown since 2012. He has more trucks, more employees and more material to recycle.

The area of property used for recycling materials, though, remains the same as specified in the 2012 minutes: on approximately seven acres at the back of the property and behind the buildings.

“The footprint has not grown,” Joiner said. “The volume has.”

When the Board of Adjustments imposed the conditions in 2012, Stuff attorney Mike Eaves said the company was not asking permission for the recycling yard.

Another company was interested in buying Stuff and wanted assurances metal recycling could continue on the property.

“Stuff was entitled to do whatever it does,” Eaves said. “A non-conforming use is a constitutional use. We weren’t asking permission to do anything. (The prospective buyers) needed a letter they could continue what they were doing.”

The size of the scrapyard itself has not changed, he said, and the piles are shorter than the maximum height of 35 feet for a B-4 zone.

Joiner argued the 2012 conditions apply only to property Stuff owned at the time. The additional acre, as purchased in 2013, is zoned B-4 and is used for equipment storage, which is allowed in that zone.

“Everything there conforms with a B-4 zone,” he said. “We have not expanded the storage of scrap metal.”

Bridges and other residents shared a number of concerns about health issues and environmental damage from the fire, which started in a pile of recyclables including material from automobiles, and in runoff from the site into the ground and neighboring streams.

“This is not the forum for all these questions,” Angel said. “That’s not why we’re here. We’re not elected officials here. We are appointed.

Those issues are handled at the state level within the state Energy and Environment Cabinet. According to records submitted to the Board of Adjustments Thursday, officials with the Department of Environmental Protection were on site the day of the fire at Stuff. Samples were taken that day from water at three downstream locations and sent off for analysis.

The report noted the “presence of a variety of chemicals within the surface water samples collected… Over three million gallons of water was reportedly utilized to fight the facility fire.” It also noted water runoff from the fire had a sheen and odors present.

The company was ordered to perform remedial measures and meet deadlines as established by the department, according to the document.

“For a fact, the state came and sampled off site at a residential site,” Joiner said. “There was not one, not one thing, of metals, volatiles or non-volatiles from this property. There is no lead, no copper, no zinc. Arsenic doesn’t come from anything we do.

“We are currently working with (the state) on a plan for everything on site. Nothing across the back of this property passes over a residential level.”

The matter is now in the hands of the Board of Adjustments. A date has not been set for when its decision will be made.

Board member Cory Johnson asked for the public’s patience while the members review the voluminous amount of documents submitted and consult with their attorney for legal counsel.

The board, which consists of Angel, Johnson, Leo Shortridge and David Puckett, currently has one vacancy following the resignation of Travis Thompson.

At the end of the hearing, Angel asked the public not to approach the board members and discuss the situation, as it would force them to recuse from the matter and not vote.

While the board did not set a definitive time to issue its decision, it’s next regular meeting will be at 6 p.m. Oct. 4 at Winchester City Hall, 32 Wall St.

Decisions made by the Board of Adjustments can be appealed to Clark Circuit Court.