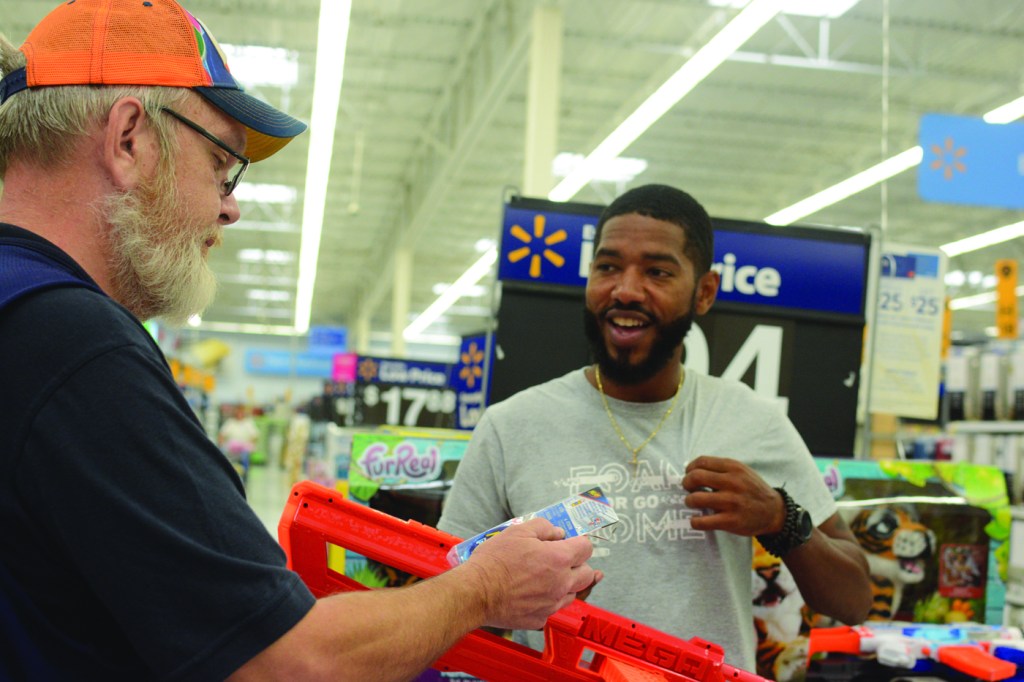 While students were in school, some parents and grandparents checked out the Nerf blasters at the Nerf Fest 2018 Tuesday at the Winchester Walmart.

Nerf and Walmart have teamed up for the Nerf Fest Mobile Tour, stopping at various Walmart Supercenters for free demonstrations of the new blasters.

The tour features product demonstrations of the latest blasters for children ages 8 and up as well as an opportunity to put their Nerf marksmanship skills to the test.

Nerf Fest 2018 set up Tuesday at the Winchester Walmart. While many children were at school, Nerf Fest tour manager Joy Bronner said she handed out darts and a poster to the few children and parents who passed by.

People who made purchases of $25 or more also received a free T-shirt which people could customize on-site.

The next Nerf Fest will be at 10 a.m. today at the Lexington Walmart on Nicholasville Road, with a stop in Frankfort at 2 p.m. and Louisville at 6 p.m.

Bronner said the east coast tour began about a month ago in Arkansas and had continued to Illinois, Indiana, Missouri and Ohio. Nerf Fest will be in Kentucky for about a week before heading back to Ohio and proceeding to Mississippi, Louisiana, South Carolina, Tennessee, Georgia, Florida and Alabama.

Many of the new blasters featured at Nerf Fest can be synced with a smartphone to track battle progress such as the Nerf Laser Ops Pro.

Bronner said the Nerf blasters are getting bigger, better and more advanced each year as virtual reality is now an option with some blasters when paired with a smartphone.