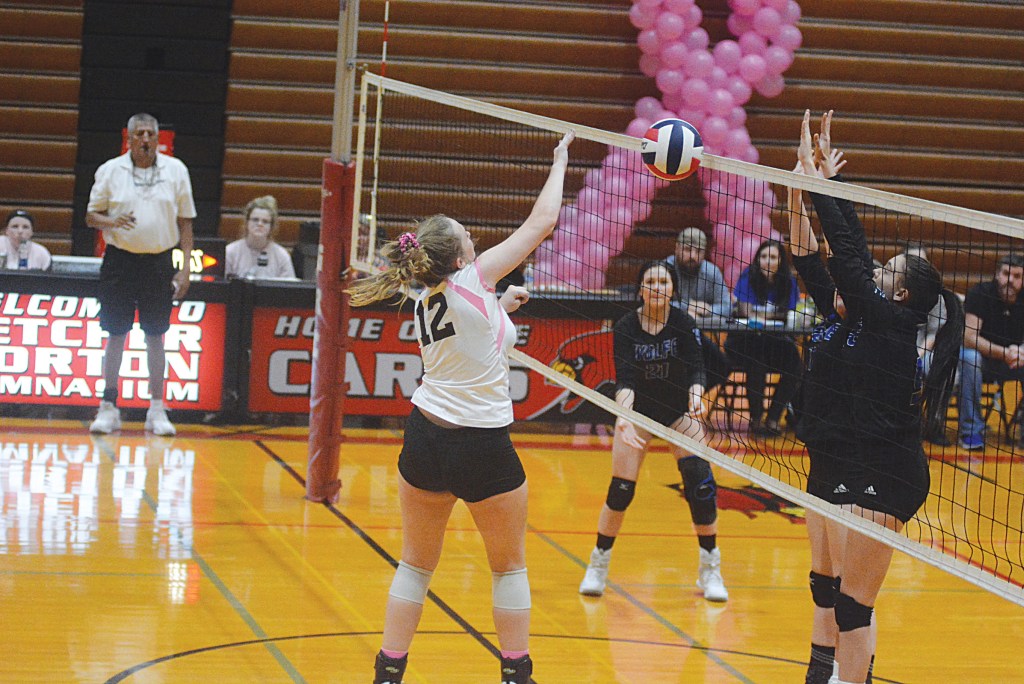 The George Rogers Clark Cardinals were defeated by the Wolfe County Lady Wolves.

GRC has been swept in the last two matches after going on a four-game winning streak.

GRC has one regular season match left which will be at Campbell County Thursday.

The 40th District Tournament begins next week at Montgomery County and the Cards will play either Montgomery or Bourbon County 6 p.m. on Oct. 9.

Freshmen coach Savannah Mansour feels like the team has shown a lack of focus the last couple of games.

“We have been struggling because we have not came to the game with our heads in the right place,” she said. “We have been focusing on things outside of the game and have been getting caught up in our own mistakes. Team dynamics have been somewhat off.”

Mansour said these last regular season out strong is crucial because the team desperately needs a spark as the district tournament is sneaking up.

“These wins at the end of the season help build momentum,” she said. “Without that, we are going to have to work on our edge. They have to fight for it and want it. They have to find a motivation deep down within them.”

“We have got strong talent,” she said. “We definitely wish we had a more upward season, but even with our two seniors that we will be missing next year we are ready to come back and bring it at full strength. They have done a lot of growing this year, especially the younger girls. JV has really fed into varsity so we are looking forward to that.”

Mansour likes her teams chances in the postseason regardless of the regular season outcome.

“We have a chance to do something big,” she said. “It depends if the team decides to show up in full force or not. Sometimes they are not always present during the game. That is our deciding factor. Sometimes you get a game like our first Montgomery County game where we won 3-0 and in other games, we get results like in the second game against them where we lost 3-0.”

As the freshmen head coach, Mansour said the future for GRC volleyball is looking really bright.

“We have got lots of talent,” she said. “We are moving on up. We have got several middle school girls on our freshmen team right now. They are honing their skills and some of them are already playing JV or sitting on the bench. Some even play varsity on occasion. We definitely have a program that is growing and developing while they are younger so they can have momentum as they move forward through the program. It is very bright.”