Burt Reynolds: ‘A man’s man’ in the movies 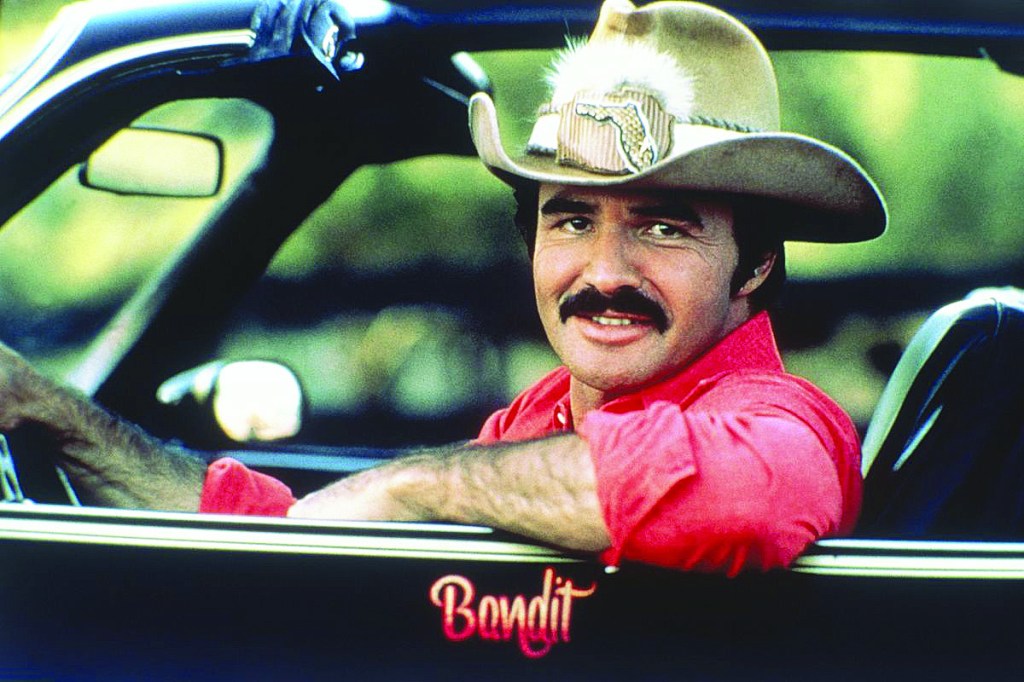 Greetings, my film-loving friends of Winchester!

I thank you for reading today to help celebrate the life of Burt Reynolds who passed away earlier this month at the age of 82.

Today, we will discuss some of his more entertaining films from the 1970s and ‘80s. This is no way a “best of” or “top 10” of this prolific actor’s vast body of work. Think of it as a mere snapshot of some his great cinematic endeavors which showcase Reynolds with and without his legendary macho mustache.

“Deliverance” (1972) is an adventure thriller adapted from James Dickey’s 1970 novel of the same name starring Reynolds (sans stache), Jon Voight, Ned Beatty, and Ronny Cox as these friends venture into the southern wilderness for a camping excursion.

The four may have escaped the doldrums their day to day routine in the big city, but quickly find themselves fighting to survive when they fall prey to the locals.

It’s a must-see and a real thriller which will give you a different perspective anytime you hear banjos or a squealing pig after a viewing.

“White Lightning” (1973) sees our star (still sans stache) as a southern ex-con who strikes a deal with the feds to help bust a corrupt sheriff who is involved with his young brother’s murder and a moonshine ring.

In “Gator” (1976), our good ole southern boy Burt returns in a sequel to “Lightning.” This time he works as an informant for the feds to bring down a corrupt politician.

“The Longest Yard” (1974) is the popular story of Reynolds portraying a has-been pro-quarterback who fell from grace because of some unethical practices during the height of his fame.

Deep in regret and finding solace in the bottom of a bottle, Reynolds is eventually thrown in the state slammer after being pinched by the law for leading them on a alcohol-fueled high-speed chase.

While in the clink, Reynolds is strong armed by the nefarious warden to have the former football star assemble a rough and tumble convict football team to face the heavy-handed and abusive prison guard team.

The role which solidified Burt’s box office appeal was none other than the hugely popular “Smokey and the Bandit” (1977).

“Bandit” was the action comedy starring Reynolds (with the stache) as The Bandit and his tractor trailer-driving side kick, Snowman (Jerry Reed). The two are hired to make a beer run from Atlanta to Texarkana and back with a full load within 28 hours to receive their hefty payday.

While on the way back to Atlanta they are being chased by an overzealous Texas sheriff played by Jackie Gleason, because of The Bandit picking up a runaway bride who left the sheriff’s son at the altar, Sally Fields, as a passenger.

“Bandit” is nonstop wise cracks, road blocks and car chases sure to entertain the Reynolds newcomer.

“Bandit” would go on to release two sequels that lacked the horsepower the original exuded.

One of the last true man’s men of the silver screen, Burt Reynolds will always be remembered for his ability to command a scene, natural charisma, unique laugh and being a fun actor to watch.

Oh, and don’t forget that mustache!

Have a Burt-tastic film day.