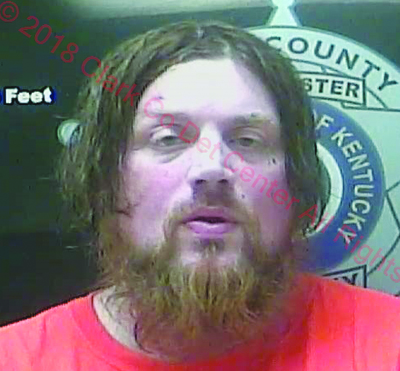 A man charged with taking about $40,000 in assets from a Winchester woman over about six months will now go before the grand jury.

Wednesday afternoon, a Clark County judge found probable cause to send exploitation and abuse charges against Jonathan Bostic, 42, of 15 Hays St., to the grand jury for further action.

The victim, who is 70, told police she gave Bostic her debit card about six months ago to purchase a few things for her apartment at Beverly White Towers.

He never returned it and continued to make purchases without her permission, Winchester Police Detective Matthew Reed testified in Clark District Court Wednesday.

“She said he broke her phone about six weeks prior,” Reed said. “He said he would take the car out and wreck it so no one could have it.”

Reed said he interviewed the victim at Clark Regional Medical Center Sept. 14, where she was being treated for a broken hip after being found by family members.

The woman said Bostic pushed her down about three weeks earlier but she never received medical care. She also said Bostic would take her medication for his own use.

She also said Bostic repeatedly threatened to kill her if she told anyone what was happening.

Winchester Police Capt. James Hall said previously Bostic was living in the apartment but was not a caretaker.

Reed said he interviewed Bostic that day at his job, where he had $2,600 in cash in his pocket and an empty medication bottle with the victim’s name on it in the car.

Bostic said he used the car when they went out to eat and that the victim “split” her prescriptions with him.

“She said she was scared because he threatened to kill him,” Reed said.