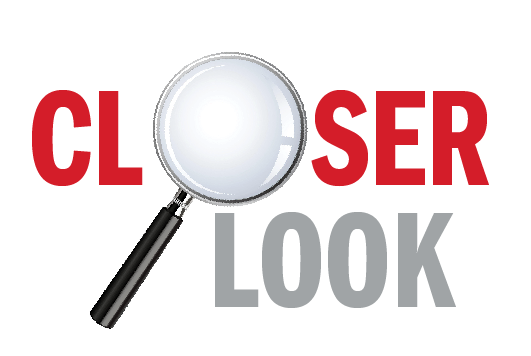 Before the creation of the Winchester Industrial Park, industry in Clark County was scattered across town.

There was no centralized location for industries to build, gather and grow.

All that changed in 1981 with a small purchase of 87 acres. Now, there’s more than 600 acres, over 30 businesses, 3,000 employees, millions of dollars in investments and more. It’s become a crossroads of commerce.

A loan from the Kentucky Development Finance Authority (KFDA) for $400,000 was paid off in September 1991, making the Winchester-Clark County Industrial Development Authority (WCCIDA) the first authority in the state to repay in full a loan from KFDA, Todd Denham, WCCIDA executive director, said.

WCCIDA borrowed the remaining $100,000 at the same time as the KFDA loan from a consortium of local banks which included Citizens Fidelity, First Security Bank of Clark County and Peoples Commercial Bank.

Winchester Farms Dairy was the first industry to locate in the park. The company also built the first lagoons Winchester Municipal Utilities used for wastewater treatment on Van Meter Road. In 1982, four earthen lagoons were installed for the community instead of on-site at the dairy. At the time, the community faced having development shut down  because of a failing system.

In exchange for this, the Dairy was allowed to use the lagoons at no surcharge price until late 2007. The new wastewater plant on Van Meter came online in January 2008.

The WCCIDA contributed $1 million to ensure WMU could build the plant  successfully.

Phase two began in late 1986 when the authority purchased an additional 100 acres. From there, Industrial Park kept growing.

The authority purchased 242 acres for $1.37 million ($1.43 in development costs) in late 1991 for phase three. Phase four and five continued the development of the property purchased previously.

An effort began to acquire adjoining property to expand yet again as the community had little land left to develop from the first five phases of the park. For phase six, the authority purchased about 300 acres for approximately $1.4 million on the west side of the park in 2001.

The growth prompted other change in infrastructure across the county.

Even the 2008 recession didn’t slow the park’s growth. From 2008 to 2010, hundreds of jobs were added to the park as businesses expanded and new industries developed.

Rolling Hills Lane was extended to serve the college, and then the new Interchange entrance at Interstate-64 Exit 94 was constructed and opened in 2009. The WCCIDA partnered with the city, county and Bluegrass Community and Technical College to raise need awareness for the $3.8 million project funded by the state. About $2.5 million were spent on water and sewer lines in the park.

Over the years, WCCIDA has invested well over $9 million in the park.

“Our industrial park in our community is situated very well to provide a labor market,” Denham said. “We are a gateway into and out of eastern Kentucky, so we draw about 40 percent of our workforce from eastern Kentucky.”

Much of the Industrial Park’s growth has happened in the past decade.

Because of the foresight of the industrial authority, the development of phase five led to the recruitment of Sekisui, Kraft Manufacturing, Rocky Mountain ATV, BCTC Winchester-Clark County campus and Amazon.

The industrial authority donated 20 acres of land to BCTC for its 25,000 sq. foot education facility which celebrated its 10-year anniversary this year.

Sekisui sparked renewed interest in the park with its brand-new solar farm. Its 2,000 high-efficiency solar panels make up an 814-kilowatt system, which will produce enough energy each year to power 84 average homes.

Amazon is now one of the leading employers with about 600 employees. And then there are companies with as few as three employees such as Custom Cylinders International.

A result of collaboration

The growth wouldn’t be possible without the cooperation of several agencies.

Perhaps, the successes of the park are due in part to the WCCIDA’s predecessor, Winchester Federal Industrial Foundation, an industrial agency of a similar nature which began in the 1950s. That agency laid the groundwork for the WCCIDA

Industries in the park are also partnering with schools to create educational opportunities for students.

The schools are, in turn, working to create a prepared workforce.

“Having a steady workforce is important,” Denham said.

There are about 170 acres available for development.

Denham said the authority is currently recruiting industries; though, recruiting is getting more competitive.

“Future growth is dependent on the expansion of the park,” Denham said.

But overall, the plan is to keep growing.

With a new or expanding industry comes more jobs, and from there, those employees will support other businesses in town and so on — keeping the crossroads of commerce alive and well.

It’s a communal, neverending push to be better.