Treasurer about checks and balancing 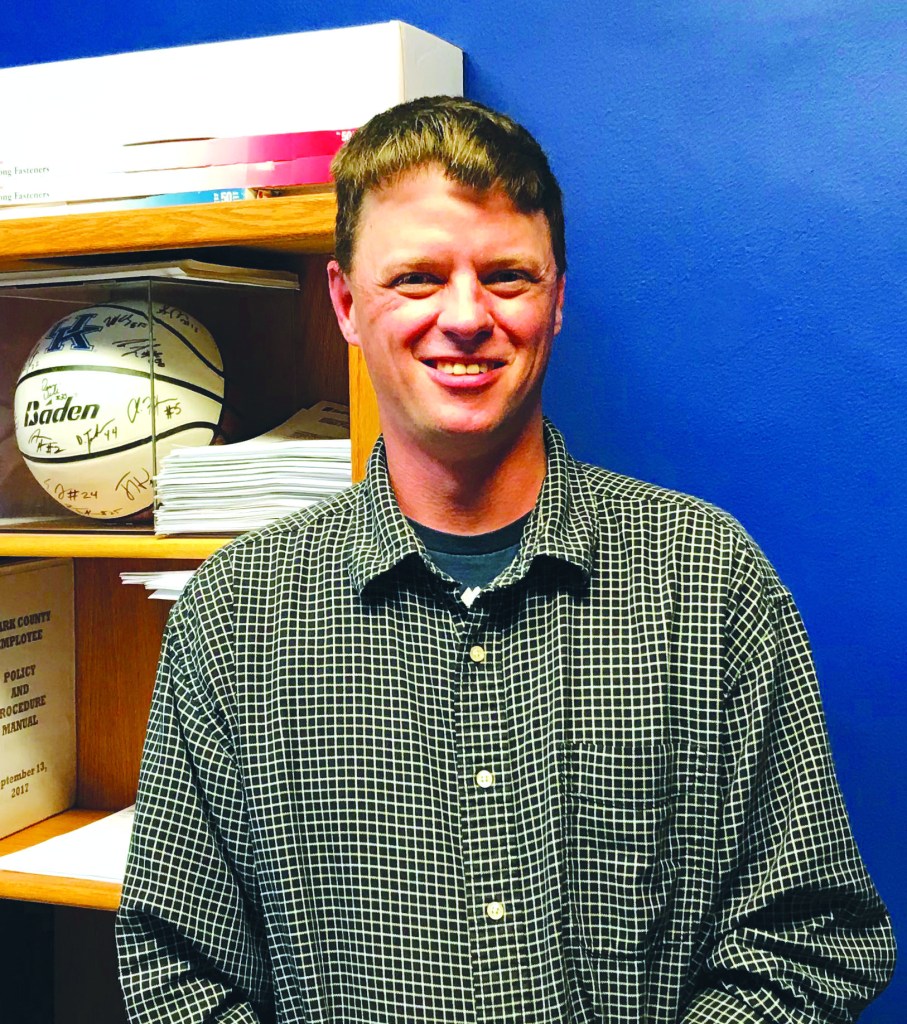 Jerry Madden was always interested in numbers and solving problems.

The two go hand in hand for his job as Clark County’s treasurer.

Madden, a Knott County native, became the county’s treasurer nearly five years ago, following a string of several who seldom stayed more than a year.

Madden said he applied for the job after seeing it advertised online.

“The company I worked for sold out and moved to Charlotte, North Carolina,” he said. “I was an accountant for a natural gas company. I took care of all the accounting and worked there for 17 years. That was my first job out of college.”

After graduating from Eastern Kentucky University, “I swore I would never go back home, but I went back and worked for 17 years.”

“I make sure all spending stays within the budget,” he said.

Madden said there was a steep learning curve transitioning from working in the private sector to government.

The biggest difference in working for government is he is responsible for handling public funds, which brings more oversight, he said.

“Here, you’re responsible to the Department of Local Government,” he said. “There’s a lot more checks and double checks.”

Then there are years like this year where the county was involved with four separate audits at the same time: the Kentucky Retirement System, the Chemical Stockpile Emergency Preparedness Program, the Kentucky Association of Counties and the regular county audit.

“That was a long couple of weeks,” he said.

Madden said he loves the work, though, despite the 12-hour days it requires from time to time.

“I see numbers in my sleep,” he said. “When something doesn’t balance, I enjoy looking for the difference and making it right. I get a lot of pleasure when I make it right.”