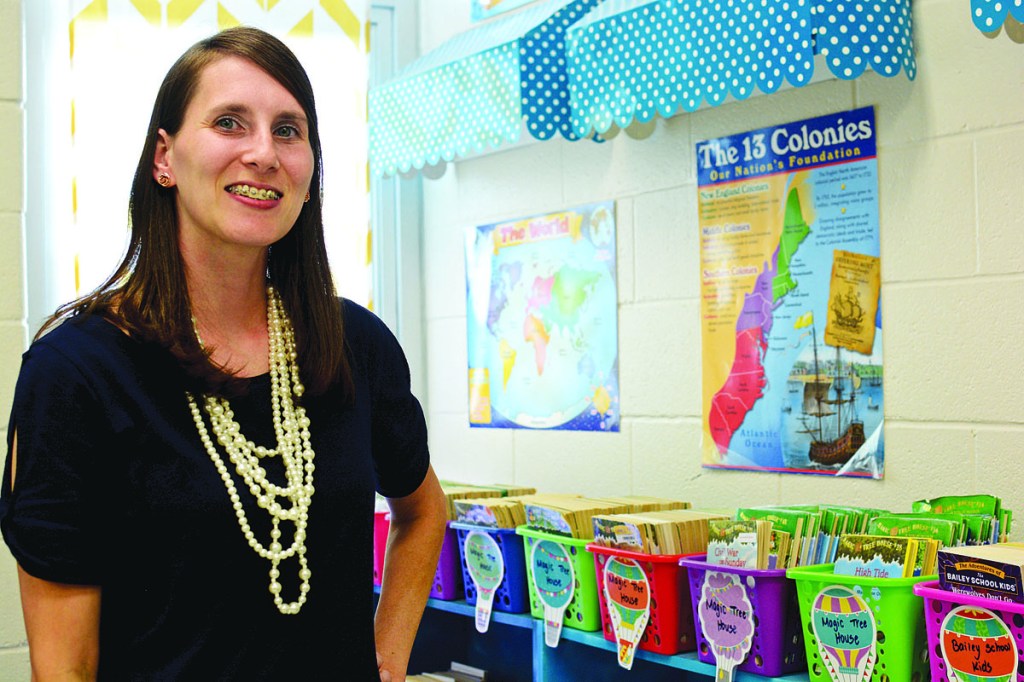 Madeline Todd is going into her 11th year as a teacher. She currently teaches first grade at Conkwright Elementary School.

For about 11 years, Madeline Todd has told her students to make their best even better.

She has taught first through fourth grades throughout her career and went into teaching because it was where she could have the most impact.

Education was her calling.

“I just felt like I had the biggest impact on the future,” Todd said. “I never had any other options.”

Todd spent most of her time growing up in Georgetown, though she attended elementary school in Georgia.

She pursued her bachelor degree as well as a teacher leader masters with a literacy specialist endorsement in reading and writing at Georgetown College.

Todd started her career in downtown Lexington before coming to Winchester.

Some of her first students recently graduated from high school.

She chose to teach elementary school because she enjoyed teaching the foundations.

She said she enjoys building relationships with students and their families.

Todd said she also enjoys pulling culture into her lessons such as African-American History Month and more.

Todd said it’s not only important to teach the standards, but it’s also imperative for students to learn about life.

“You have to learn that you have to work hard to balance preparing a student for the ups and downs of life with what they have to know,” Todd said.

Students may not always remember the standards, but they will remember the lessons about life, Todd said. She prepares students to speak up and be supportive of one another.

“The students have so much in their hearts,” Todd said.

Todd said one of her most inspiring moments as a teacher was when Barack Obama was elected president in 2008.

“It was nice to see the students so excited to be able to witness with them the first time there was an African-American president in our country,” she said.

Todd said many of her students at the time faced hardships but overcame them. Some have gone on to become first-generation college students this year.

Throughout her 11 years in education, Todd said she’s seeing the most change right now.

“I think it’s an exciting change,” she said.

Todd said it seems as if educators are uniting now more than ever; they are becoming politically involved and speaking up about their beliefs.

Todd said she hopes her students know she will always be there for them. She can support them on the hard days and the easy days and love them no matter what.

Todd said it is important for teachers to have a support system as well; Todd has her sisters, parents and mentors who have stayed with her through challenging times. Todd’s sisters also work in education.

When teaching a deaf student one year, Todd said her students learned about how each person is different, and even though one person may have a disability, it doesn’t make them less than anyone else.

Todd said that student was the smartest math whiz in the class.

Todd said her students are her motivators; she’s seen them face adversity and persist. She hopes to motivate them, too.

Each day, Todd said she plays motivational songs and teaches them to make their best even better.

“No matter what you’re going through, no matter what the day brings, we can always make ourselves better,” Todd said.