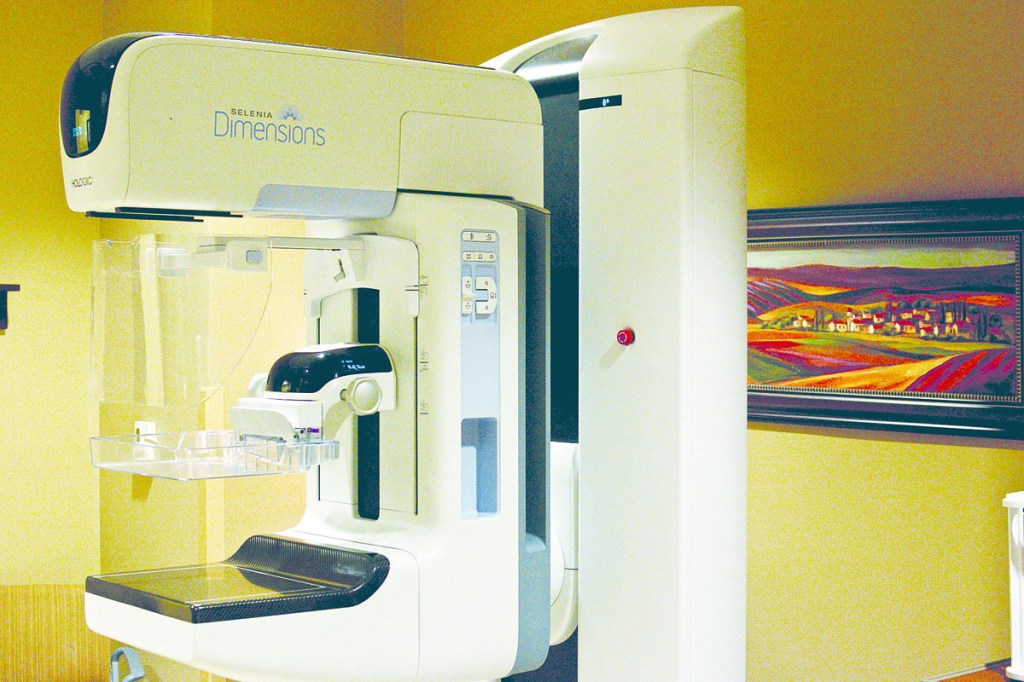 Clark Regional Outpatient Imaging first received the 3-D mammogram machine in November of 2017. Since then, the advanced technology has helped detect the earliest of signs of breast cancer.

One in eight women will develop breast cancer in her lifetime.

But with early detection, the five-year survival rate is nearly 100 percent.

“We just want to promote awareness, and we want everyone to realize that it is very important to check their breasts,” Humphries said. “Early detection is the key to a cure.”

Humphries said the advanced technology could detect something the size of a mustard seed.

She said most insurances cover the cost of the mammogram and the exam only takes about 10 minutes. The 3D mammogram is similar to the conventional 2D exam. The technologist will position the patient, compress the patient’s breast and take images from different angles.

Humphries said the 3D mammogram allows doctors to examine breast tissue layer by layer. So, instead of viewing all of the complexities of the breast tissue in a flat image — as with conventional 2D mammography — fine details are more visible and no longer hidden by the tissue above or below.

Humphries said she has been in the medical field for more than 25 years, and she has never seen the accuracy of technology such as the 3D mammography.

“It’s amazing technology,” she said. “…This is one of the first times that I’m blown away. The imaging is just fabulous.”

Humphries said some patients do not need an order from a physician to be screened. If it’s a routine screening and a patient is not experiencing any symptoms or doesn’t have a history of breast cancer in the family, then an order isn’t necessary.

Humphries said diagnostic screenings would need an order from a physician which is for patients who are experiencing symptoms and have a first-degree relative who has had breast cancer.

Humphries wants Clark Countians to know these screenings are available in their hometown.

She said women older than 40 should do self-exams at home at least once a month to feel for lumps, pain or any indication they should consider screening. She said the risk of breast cancer increases with age.

Humphries said she wants breast cancer survivors or anyone diagnosed with breast cancer to know they are not alone and there is a support system for them at CRMC.