From first-year player to senior leader 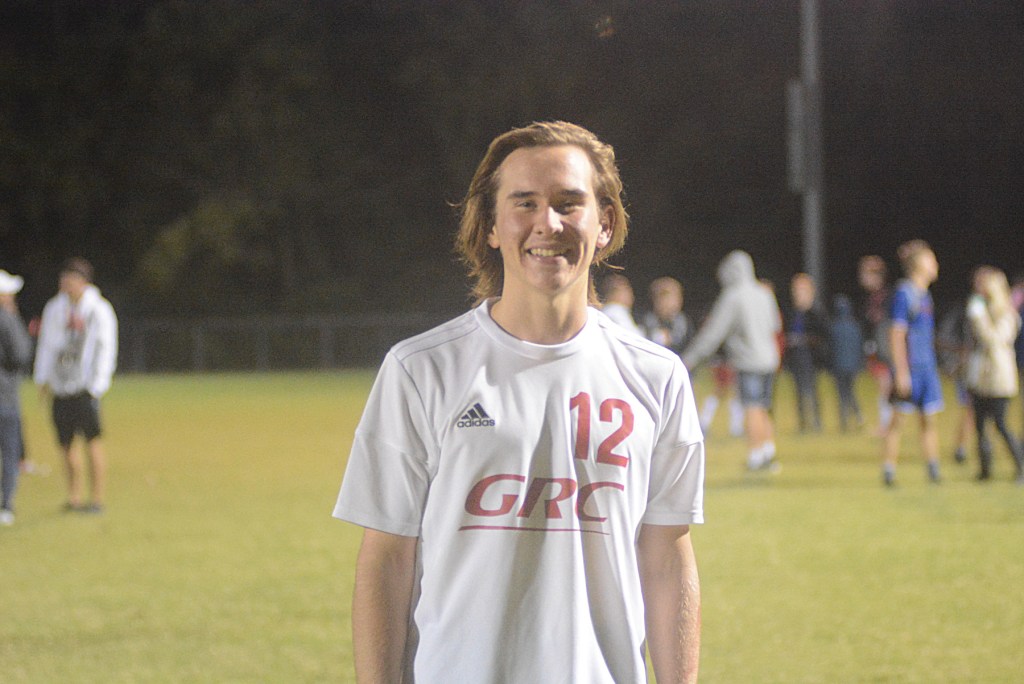 This year was senior Brandon Adams’ first year playing soccer and he said this team has been the best one he has ever been a part of. (Photo by Micah Satterly)

He decided to take a chance and a leap of faith and said it turned out to be one of the best decisions he ever made.

If it was not for his fellow teammate Trystan Hayes, Adams does not believe he would have ever stepped foot on the field.

“We have been good friends for a long time,” he said. “He kept telling me I should play and I wanted to junior year, but I was not able to because I ran cross country. He finally talked me into it over spring break. I came out and started playing around with it and I liked it a lot. I decided to try out and I made the team.”

Adams said he wishes he had a time machine to begin playing soccer at a younger age.

“I definitely would go back and start playing when I was younger,” he said. “It is super fun and I guess I was just too scared to give it a chance back then.”

Adams said this team has been one of the most enjoyable times of his life.

“This has been the most fun team I have been apart of,” he said. “This is the most fun I have had playing sports.”

Adams admits the season has had its struggles and they needed to search for a rhythm.

“The season started out rough,” he said. “We had to find what connected with our team. We lost some key players last year including 11 seniors. We lost our confidence it feels like. We had to build that back up, but when we beat Bourbon County on Tuesday it was the headline of our season. We came together as a team and we played as a team.”

Adams said he has learned traits from soccer that he will use the rest of his life.

“Effort goes a lot further than talent,” he said. “I do not have very much talent in soccer because obviously I just started, but I always try to give it my all.”

Adams encourages any student athlete out there who wants to give a sport a chance, even if it will only be for one year because anything can happen.

“Just go for it,” he said. “You never know what can happen. Nothing is ever what it seems like at first. You cannot say you do not like something if you have not given it a chance. The best things in life are the things that come unexpectedly so I think everyone should take a chance with something.”