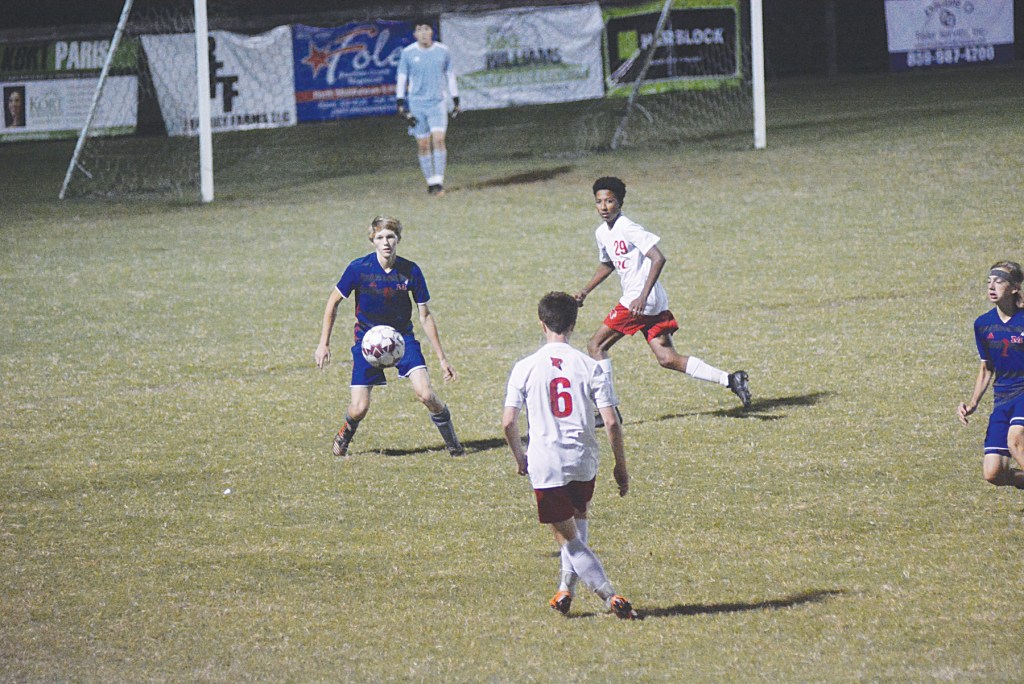 George Rogers Clark could not overcome the Montgomery County Indians in the 39th District championship Thursday as they fell 2-0.

Montgomery scored the first goal of the game within the first minute of the second half.

The second goal came late in the game at the four-minute mark.

The Indians had a chance for a third goal as goalkeeper Tayman Hayes could not gain control of the ball after Montgomery shot a bullet. The Montgomery player knocked the shot in off the rebound but was called for offsides.

The Indians did not even give GRC a chance to take a shot.

Regardless of the outcome in the championship, the Cards will have another shot to redeem themselves as they go into the region tournament.

That opportunity is exactly what senior Wade Carrington wants.

Carrington thought his team played well, but felt like the game did not go the Cards’ way.

“We had a game plan and stuck to it,” he said. “It was a lot more defensive than attacking. Towards the end, I thought we could have pushed a little bit more and we didn’t so it ended the way it did.”

Carrington said he was not planning on making a push to the district championship at the beginning of the season and was focused on making improvements day by day.

Carrington said as long as his team continues to play the game they have played in district, they will have a solid chance at surviving the region.

“We have to keep playing the way that we are now,” he said. “We have to keep giving 100 percent like how we gave 100 percent tonight. It did not come out the way we wanted, but we still played hard and that was exactly what we needed. We struggled at the beginning of the season with that, but it is coming together now.”

Carrington said he has given his best leadership all season, but now is when his skills truly come alive.

“We have to keep everyone concentrated if we want a chance in the region,” he said. “It is just another a game and you cannot worry about winning or losing. You worry about playing the game and what you have to do in the game.”

The boys 10th Region tournament will be hosted by Pendleton County.