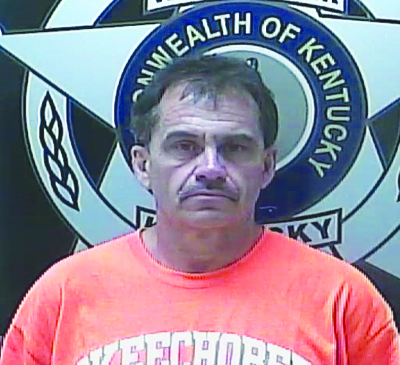 A Winchester man was sentenced to 20 years in prison Thursday, after raping and kidnapping a woman in 2016.

Jeffrey Rowland, 51, of 460 Lisletown Lane, was found guilty by a jury in May at the end of a two day trial in Clark Circuit Court. At the end of the trial, Rowland’s attorneys and prosecutors reached an agreement that Rowland be sentenced to 10 years for kidnapping and another 10 years for first-degree rape, to be served consecutively.

Thursday, Clark Circuit Judge Jean Chenault Logue found no reason to deviate from the agreement and imposed the agreed sentence.

As a convicted sex offender, Rowland will also have to complete five years of supervised release after completing his prison sentence.

Rowland was arrested by Kentucky State Police in Lexington Aug. 4, 2016, after the victim was able to briefly escape and get help.

The previous day, the woman told police, Rowland held her against her will, cut her clothes off with a kitchen knife and tortured her while accusing her of having an affair. Prosecutors said Rowland “waterboarded” the woman and she finally made up a name so the violence would end.

On Aug. 4, they left the residence and stopped at the Love’s truck stop on Kentucky 627 in Madison County near Interstate 75. The woman told employees she was being held against her will, and they called for help after she left with Rowland.

Police eventually located the woman outside the Kentucky Horse Park in Lexington and arrested Rowland.