GRC defeats Mason County to move on to region semis 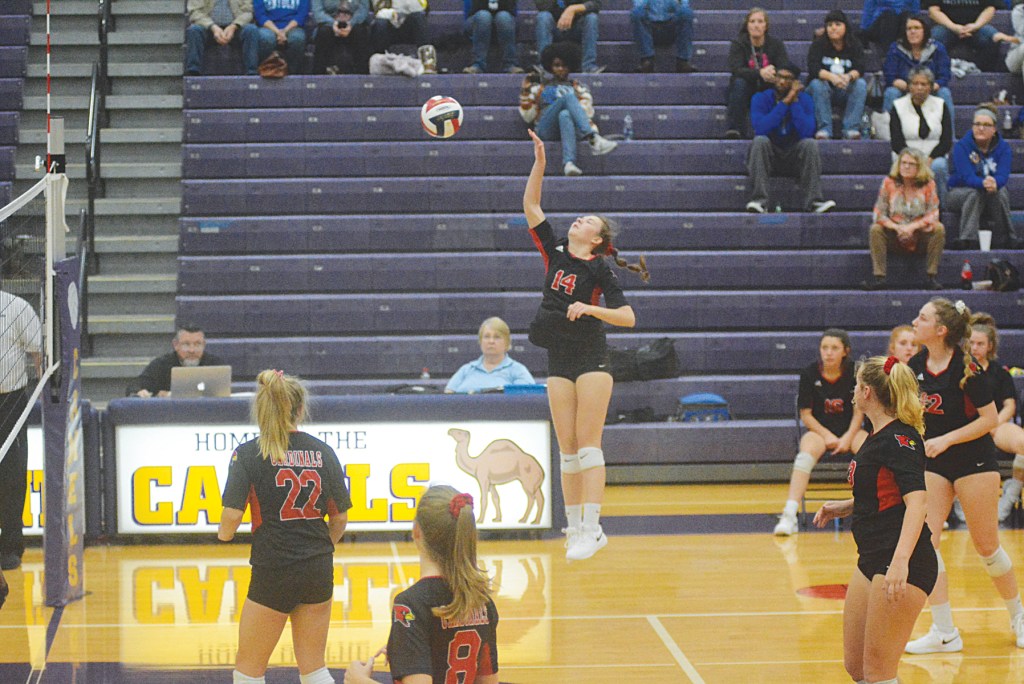 The 40th District champions of George Rogers Clark swept the 39th District runner-ups of Mason County out of the 10th Region tournament in the two teams’ first match up of the season.

The Cards never trailed in the match.

Head coach Jessica Bryson said her team got the win because of their consistency on the court.

“I thought we played pretty steady,” she said. “We did not give too many errors away. We did not push as much as we have in other games, but we did what we needed to do to get the job done. We played good, controlled volleyball and that is one of our biggest strengths.”

The Cards won each set by 10 points or more and Bryson said her team was able to control the game because of her team’s mentality.

“We kept the mentality of how we did in the district,” she said. “I told them we are not playing Montgomery County or Mason County. We are playing our opponent and the ball. We tried to take the emotion out of the game and tried to play good, controlled ball. It is about playing angles like I talked about earlier in the season. They were able to get the ball up when they needed to get it up.”

The Cards will face Campbell County in the semifinals Wednesday for their second meeting in less than two weeks. Campbell swept GRC in that match and the Cards will have to face the Camels on the road again at the most crucial part of the season.

Bryson said her team will have to put up a fight to come out with a victory.

“Campbell County has always been a good program,” she said. “When we played them in the regular season game on their senior night, we did not get to see some of their big hitters. Getting our blocks up, taking speed off the ball and being as scrappy as we possibly can will be keys to that game. We have to give it everything we got.”

The Cards will take on the Camels in the semifinals at 6 p.m. Wednesday at Campbell County.