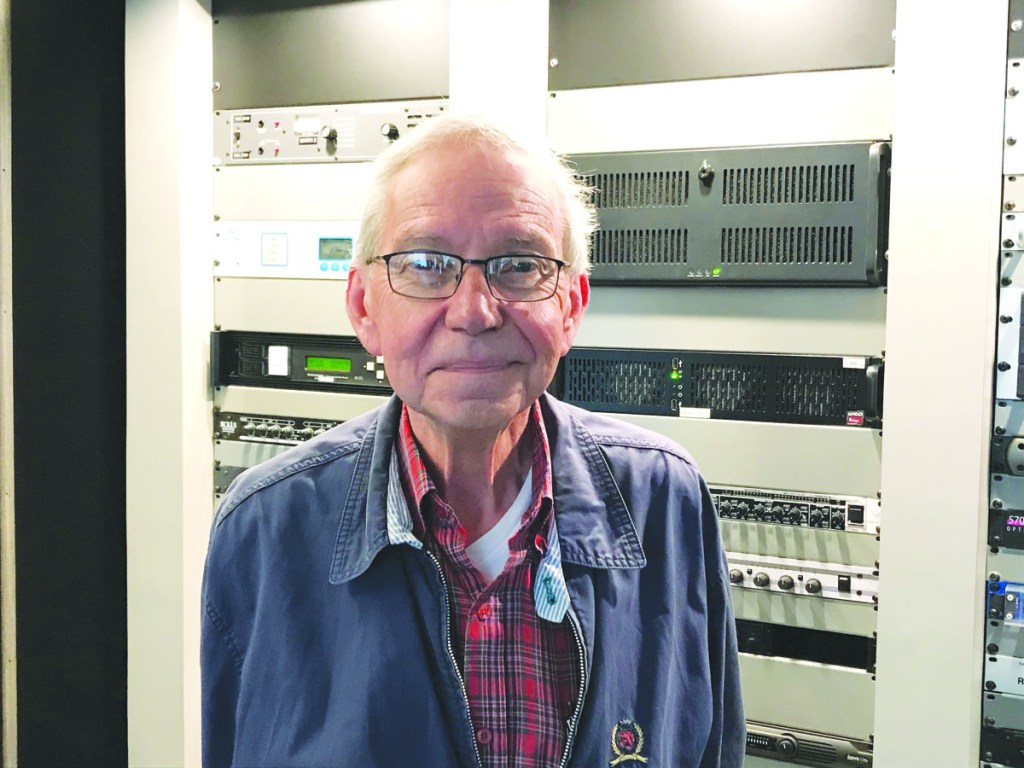 For more than four decades, Tim Smith has lived and often worked for local radio stations.

Smith has been back on the air with WKYN since 2009, covering local government meetings and a number of other things.

Earlier this year, Gateway Radio Works, which owns WKYN as well as stations in Morehead and Mount Sterling, relaunched WWKY 990 AM, followed by WWKY 102.9 FM. The company also just opened a new studio at 138 N. Main St., next door to the Winchester post office.

WS: How long have you lived in Winchester?

TS: I came to work here at WWKY in 1973 in June. I had just graduated high school in Harrison County. I was going to Eastern Kentucky University in the fall of 1973 and took a job with WWKY. I went to class in the mornings and then I worked on the air at WWKY in the afternoons.

WS: Was working in radio your career goal?

TS: I started working in radio in Cynthiana in 1970. I was 14 years old. I was asked to come in and read an Associated Press five-minute news summary for the owner of the radio station in Cynthiana. I did that after school one day. He asked me that afternoon if I could start that weekend. I worked at the radio station until I came here.

WS: What sparked your interest in radio?

TS: There was a friend of mine … about three years older than me who worked at the radio station in Cynthiana. I would occasionally visit when he was on the air and would always listen to him. I thought, ‘Well I can do that.’ My uncle had done high school ball games for the station in Cynthiana and I would go with him occasionally. My uncle was the one that set up the meeting with the owner of the radio station because he thought I had a good voice. He called it a good radio voice.

WS: Did you want to do news or sports or DJ?

TS: I wanted to be a DJ, but I’ve done everything from being on air to owning a station. I owned 1380 AM from 1990 to 1995. I sold the station and got out of it and went into the insurance business for about 12 years. (Gateway Radio Works owner) Hays McMakin, I’d known him for 30-some years when he was at Channel 18, talked me back into it in 2009.

WS: What has the biggest change been in radio?

There are so many stations. They look at their market and what’s not being served, and then they select which format they are going to go with.

WS: What is the role of radio today in a world where people have music on their phones and Pandora?

WS: When did you move to the new studio?

TS: We bought the building at 138 N. Main St. in April. We’re just now finally finishing up on it. We’ve done an awful lot outside and inside to the building.

We knew for quite some time there was an FM translator, 102.9. Translators are designed by the FCC officially to enhance the marketability of AM radio. You have to have an AM station to get a FM translator.

We knew five years ago there was an FM translator here. We proceeded to try to find an AM station we could buy, because there are no FM frequencies that are available.

In September 2016, Hays McMakin came up to me and said, ‘I’m going to London, Kentucky, tomorrow to buy an AM radio station.’ There was a frequency down there and the fellow was that close to turning it back in to the FCC.

We went down and bought his station. We just bought his frequency and brought it to Winchester. We knew we could move it here.

WS: After all these years in radio, what is the best part?

I worked on the air at night as a DJ. But you don’t get to know your audience. I know the people who listen to this. They communicate to me and I communicate to them.

In a bigger market, it’s not as personal. Here, people walk up to me on the street and say, “Why did you do that?’ and “Why did you say this?’ or ‘Why don’t you do this.”

You don’t get that in the bigger markets. In the small communities, you do.