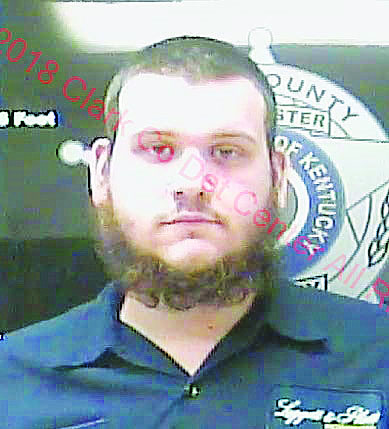 Charges that a Winchester man broke his stepson’s leg and punched him several times are going before the grand jury.

Justin Robinson, 25, of 247 April Way, was arrested Oct. 9 on one count of first-degree criminal abuse after the child was taken to Clark Regional Medical Center. The child, according to court documents, had a broken leg and multiple bruises, including around his eye and ear. The child was later transferred to the University of Kentucky Medical Center.

Wednesday afternoon in Clark District Court, Robinson and his attorney waived the case to the grand jury for further consideration, rather than have a hearing to establish probable cause. Clark District Judge Brandy Oliver Brown overruled a request to amend Robinson’s $20,000 cash bond, citing the allegations in the case.

According to the arrest citation, the child’s mother said the 2-year-old was fine when she left him in Robinson’s care that morning.

Robinson also told officers he disciplined the child by hitting him with a fist, according to the citation.