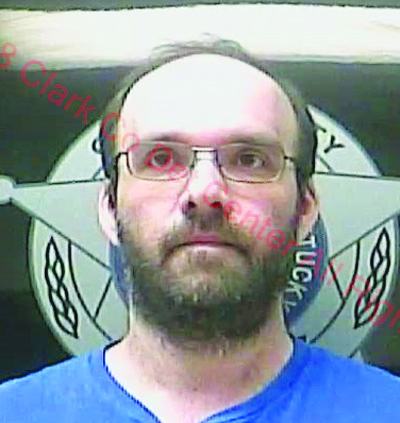 Alan C. Martin, 40, of 9 Hillcrest Drive, was arrested Tuesday night for three counts of distributing matter portraying a sexual performance by a minor by Kentucky State Police detectives after the executed a search warrant at Martin’s home.

According to court documents, detectives with the KSP Electronic Crime Branch were conducting an undercover investigation when they discovered an IP address which sent “files of child sexual exploitation” to law enforcement.

Martin was home when police arrived with the warrant Tuesday, and reportedly admitted to searching for, downloading and viewing explicit videos of juveniles on the computer in his bedroom. When officers described one of the videos, Martin said he remembered downloading it, according to the citation.

Wednesday, a judge entered an automatic not guilty plea for Martin during his arraignment in Clark District Court. Clark District Judge Brandy Oliver Brown also appointed a public defender to represent Martin and set his bond at $15,000 cash.

His preliminary hearing, to determine whether there is probable cause for the charges, will be Oct. 24 at 1:30 p.m.