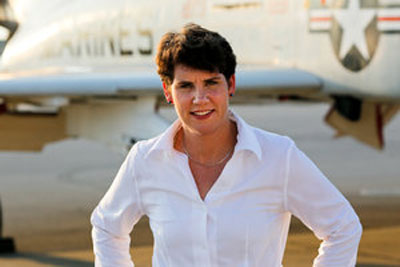 The Sun previously reported that Amy McGrath, the Democratic candidate for 6th District U.S. Representative, would be sending a representative in her place for the Clark County Candidates Forum Tuesday night.

A representative from her campaign contacted The Sun Monday to confirm they would not be sending a representative to participate in Tuesday’s forum, citing a town hall forum hosted by WLEX/Hey Kentucky!, which airs the same time as the local forum.
“We appreciate the offer to send a surrogate, but we feel we are unable to at this time due to the conflict of the town hall airing the same time as the forum is taking place,” Jackie Thompson, press secretary for McGrath for Congress, said in an email Monday.

McGrath’s opponent, Andy Barr, will participate in the local forum.

Voters in the 28th senate district, which includes Clark, Montgomery and part of Fayette counties, will decide between a re-electing... read more