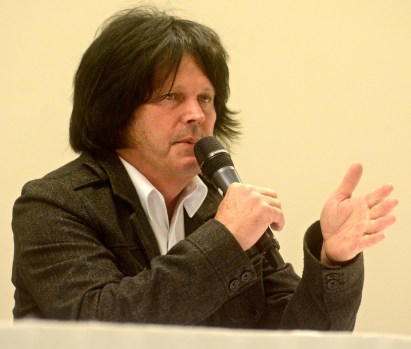 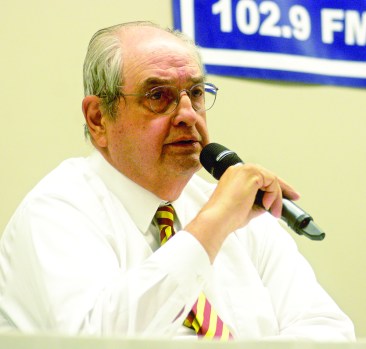 “I think I can make a difference for this community,” Harrison said.

“The only promise I ever made in any election is to work as hard as I can,” Burtner said.

Both men mentioned job creation in their opening statements. During Burtner’s time in office, the community has gone from 12.9 percent unemployment at the peak of the recession to 4.2 percent today with 3,000 jobs created in the meantime, he said.

Later in the forum, they were asked about the mayor’s role in economic development for Winchester.

“I think the role of mayor in all things is to provide leadership. I think it is important to use all incentives. The function of the mayor is to be the first of many to push the community.”

Harrison spoke of establishing a committee “to do nothing but call companies to come in” and look at the community.

Dealing with illegal drug activity, including the opioid crisis, is another looming situation facing all municipalities. Harrison suggested implementing curfews is areas known for drug activity.

“There should be, maybe a curfew in that area until they stop,” he said. “You have to stay on top of it.”

“First, it’s a complicated problem,” Burtner said. “It’s not any one group that can deal with it. It’s going to require everyone working together to try and solve the problem.”